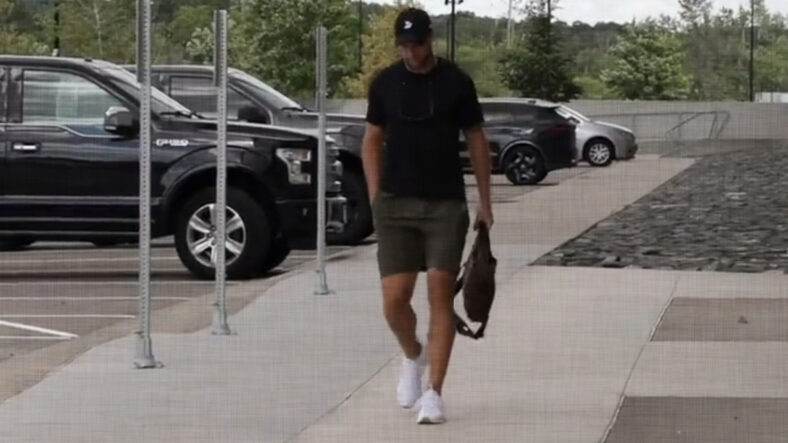 On July 24th, rookies were scheduled to arrive for Vikings training camp. Veterans will join the team two days later. However, Kirk Cousins, the captain of the Vikings ship, arrived with the young guys.

The rookies, including Vikings top picks Lewis Cine, Andrew Booth, Ed Ingram, and Brian Asamoah, came to work. Notable veterans arriving early include Irv Smith, who missed the 2021 season injured and is poised to have a breakout campaign. Also, Sean Mannion and Kellen Mond showed up, one of whom will back up Cousins in 2022.

Here’s a complete list of players entering the building on Sunday:

The players get a two-day head start. The receivers Nailor and Smith-Marsette are competing for not just a roster spot but also for the WR4 job. Akayleb Evans and Andrew Booth have a chance to get meaningful snaps in a struggling cornerback group. The same can be said about Ed Ingram, who has an opportunity to start at the right guard position. Quarterbacks Mond and Mannion compete with each other for one job.

Running backs Koback and Chandler join a crowded room. Cook is the starter. Behind him, the Vikings have a multitude of options. Kene Nwangwu is a special team ace, and his role on offense could increase. Alexander Mattison enters his contract year. He is a three-year backup for Cook and has done a solid job so far. The room also features C.J. Ham, a phenomenal fullback.

Kirk Cousins arriving early gives him two extra days to work with his new Vikings head coach, Kevin O’Connell. If the team wants to have success in the two upcoming seasons, the quarterback and his coach have to form a dynamic duo and implement an offensive system that benefits the team.

He also can, and has to, step into a leadership role early. The young players need advice from a veteran. They need help with learning plays and advice on how to be a professional football player.

Two of those young guys had a big day in their lives. Ed Ingram and Andrew Booth both signed their rookie contracts. They can finally focus on football now. Both have a real chance to contribute early.

The Vikings have one roster spot available. New GM Adofo-Mensah will likely add another player to the group in the next few days. Teams don´t waste roster spots, and they don´t cut players without having a replacement in mind. Ndamukong Suh is a rumor that swirled around the Vikings for weeks.

The remaining players are scheduled to arrive at TCO Performance Center in Eagan, Minnesota, on Tuesday, July 26th.