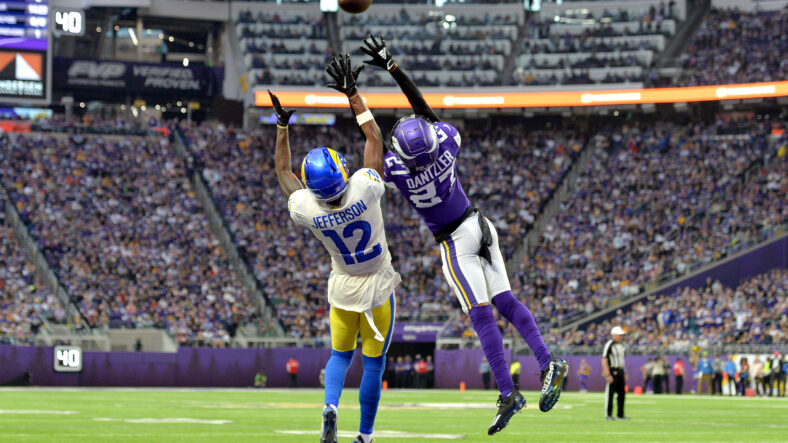 And that’s not the only motivator used by the defensive back. Dantzler posted to Instagram on Wednesday a dedication of the upcoming season to his fallen friend and former teammate, Jeff Gladney.

Gladney was killed in a car accident at the end of May.

Gladney was tenacious as a rookie, often hitting and tackling like a safety more than a corner. Dantzler was prototypical CB who showcased a solid rookie campaign, following the first year with a commendable sophomore effort after exiting Mike Zimmer’s strange doghouse.

But Gladney’s NFL career was regrettably limited to one season, released by the Vikings in 2021 after he was accused of assault in Texas. Months later, Gladney was acquitted of all charges and signed with the Arizona Cardinals, where he was slated to start and effectuate a career reclamation.

Sadly, on May 30th, Gladney and a woman named Andrea Mercedes Palacios died in an automobile accident in Dallas. The Dallas County Sheriff’s Office mentioned speed as a contributing factor.

Paying homage to his fallen friend, Dantzler will embark on Year 3 inside a new defense with a fresh coaching staff. He’s scheduled to start alongside Patrick Peterson or rookie Andrew Booth, although formal roster roles will be determined in training camp and the preseason.