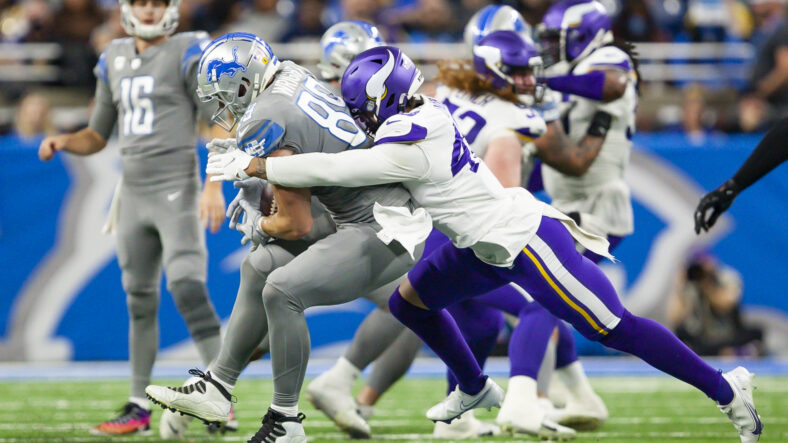 Doug Kyed from Pro Football Focus reported the audition just days after the Bears upped their record to 2-1 in 2022.

An undrafted free-agent commodity from Baylor, the Vikings added Lynch to the roster in 2020. All told, he played 20 games for the Vikings while starting seven. He’s logged 47 total tackles, three passes defended, two sacks, a tackle for loss, and a QB hit during his two-year career.

Lynch was on the Vikings roster bubble this summer but fell short to rookie Brian Asamoah and veteran Troy Dye, who live on the Vikings active roster. Lynch could’ve joined Minnesota’s practice squad, in theory, but the Vikings chose rookie linebacker William Kwenkeu instead.

Chicago is an odd spot for 2022 progress, situated at the top of the NFC North with a 2-1 record along with the Green Bay Packers and, of course, Vikings. But most pundits consider the Bears as a bottom-10 franchise through two weeks. The team’s passing game, led by Justin Fields, has produced the fewest passing yards through three weeks of a single season in over a decade.

But if the Bears indeed sign Lynch, he’ll experience oodles of familiar faces. The Bears have eight current Vikings players somewhere on their roster:

Lynch recorded a 64.6 grade from Pro Football Focus in 2021 and a 34.1 as a rookie in 2020. He was a staple of the Vikings special teams unit in 2021, playing 342 snaps with that group. Perhaps special teams would become his assignment in Chicago.

The Vikings play the Bears at U.S. Bank Stadium in 12 days.