Bears Could Be without Top Defender vs. Vikings 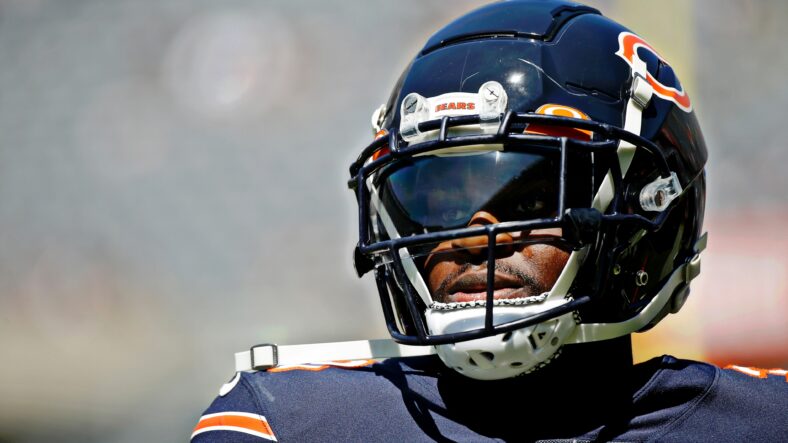 The Chicago Bears will need every edge they can find to topple the 3-1 Minnesota Vikings on Sunday. Matt Eberflus’ team has a 2-2 record, thanks to some scrappy, sloppy, and unexpected wins over the San Francisco 49ers and Houston Texans.

And tasked with defeating a primary foe, Chicago could be without its top defender, per Pro Football Focus, cornerback Jaylon Johnson. He leads the Bears defense in 2022 with a 78.8 PFF score.

Johnson hasn’t practiced this week — not a good sign for Chicago or its fans — and is nursing a quad injury. It’s the same injury currently besetting Vikings rookie CB Andrew Booth.

Drafted in the 2nd Round of the 2020 NFL Draft from Utah — he was on some Vikings fan’s draft wishlists — Johnson has blossomed into an upper-echelon defensive back in three seasons. His 78.8 PFF grade in 2022 ranks 11th-best among all corners, even better than notable defenders like Jaire Alexander, Trevon Diggs, and Darius Slay.

And the Bears may require Johnson to slow down Vikings wide receiver Justin Jefferson, who’s on pace for 1,670 receiving yards this year. They could toss two defenders on Jefferson as the Detroit Lions did in Week 3, but that would leave men like Adam Thielen and K.J. Osborn open. We shall see.

If Johnson is a no-go for Week, the Bears will rely on these blokes to cover Jefferson, Thielen, Osborn, and others:

Johnson has faced the Vikings twice to date in his career, and the Bears lost both times. Minnesota is a 7.5-point favorite to defeat Chicago for the fourth time in the last six tries. The Bears will post more Week 5 clarity about Johnson’s injury on Friday or Saturday.