Backup QBs Are People, Too. 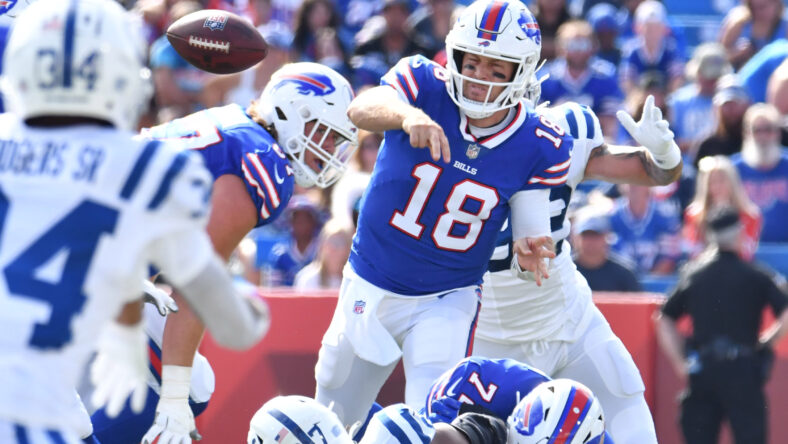 Through eight games of the 2022 NFL season, the Minnesota Vikings are 7-1, but if you look under the hood, you may find one of the weaker teams ever to stake that claim. The Vikings have won ugly quite a bit this season, but they’ve also avoided some of their competition at full strength. Is that really a reason to knock them, though?

Yes, Minnesota started the year squaring off against Aaron Rodgers, but who knows what strength he was at after a shroom-filled summer. Jalen Hurts has turned a corner and looks great, and Jared Goff is the best the Detroit Lions have to offer. That’s where it begins to turn, though.

Facing the Andy Dalton-led New Orleans Saints in London, they defeated their first backup quarterback of the season. Indeed, it’s fair to argue whether the Red Rifle is genuinely a step down from turnover-machine Jameis Winston, and New Orleans appears willing to listen as they’ve since swapped their starter.

The Chicago Bears have Justin Fields under center, but they have long been expected to be among the worst teams in football. Fields was fine that day but provided more issues using his legs and registering the title of leading rusher.

Then the next backup came. Tua Tagovailoa was nearly ended after malpractice by the Miami Dolphins coaching staff, and he missed consecutive games following a concussion. Despite Teddy Bridgewater being the assumed backup, rookie Skylar Thompson made the start before bowing out to Bridgewater later in the game. A significantly tougher road game had Tua been involved, Minnesota instead won by eight following a coming home touchdown for Dalvin Cook.

When welcoming the Arizona Cardinals to U.S. Bank Stadium, it could be assumed Kyler Murray would have rather been playing the new Call of Duty than football, but he pushed through. Last week, however, when Kirk Cousins returned to Washington for the first time since his departure, it was former Minnesota roster hopeful Taylor Heinecke. Carson Wentz had been hurt, and his future at QB1 was already in jeopardy.

Now headed to Buffalo for another tough road matchup against the Bills, starting quarterback Josh Allen may miss the game. He suffered a UCL injury to his elbow and missed practice on Wednesday. We’ve heard things like “we’ll see” and “day-to-day” from the Bills. The Vikings will still prepare for him to start, but it could be the Case Keenum show.

Despite being 3-0 against backup quarterbacks this season, Minnesota has needed to hang on or come back in the fourth quarter against all of them. The NFL is not a league where you can overlook anyone, and as Minnesota knows, Keenum has more than proven he can win in this league.

A start for Keenum on Sunday would be his first of the year, and he’s thrown just seven passes all season. It would be fair for him to be rusty, but we’re also talking about a ten-year veteran who has been through this process plenty of times. You can bet that he’ll be ready if Sean McDermott calls his number.

The Vikings shouldn’t care about how they’ve gotten to 7-1. Those wins are already on the books. It doesn’t matter that they’ve beaten backup quarterbacks, and no one would feel bad for them if Nick Mullens needed to start a game. Be okay with the backups; they’re people too. Beat them, and move on.