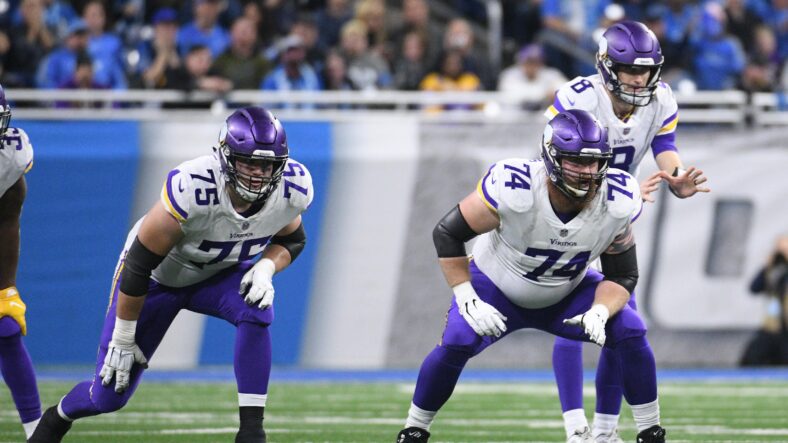 The New York Jets employed three former Minnesota Vikings players before this week and added another to the mix on Tuesday.

Mike Remmers, who played for the Vikings from 2017 to 2018, joined the Jets practice squad after offensive lineman George Fant was placed on injured reserve.

Joining New York makes it nine teams in 10 seasons for Remmers — or 28% of the league. Remmers played the most of his career games for the Carolina Panthers (37) from 2014 to 2016 and was signed by Minnesota after starting for three seasons on Cam Newton’s team.

The Jets have signed three other former Vikings in 2022, including Tyler Conklin (TE), Dru Samia (OG), and Chazz Surratt (LB). Conklin leads the Jets in receptions (18) as a TE1-TE2 through three games, Samia is on the Physically Unable to Perform List, and Surratt is a member of the practice squad, like Remmers.

Remmers struggled at times with the Vikings, and folks were generally relieved when he moved on in 2019. Here’s the journeyman’s destination resume at age 33:

The Jets offensive line was expected to be near the bottom of the NFL in 2022 for performance, but it hasn’t played as poorly as forecasted. Too, the franchise should get a jolt soon when second-year quarterback Zach Wilson returns to action from injury.

New York plays at Pittsburgh on Sunday, a battle of 1-2 teams.