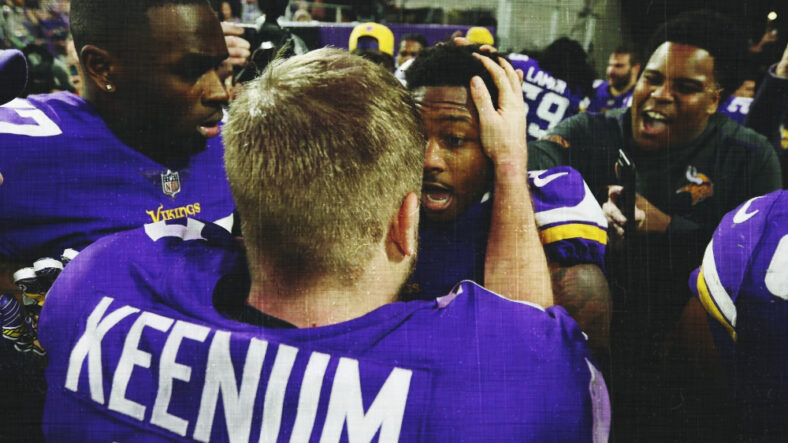 The following is news applicable to the Minnesota Vikings on November 10, 2022 — via tweet. This is updated throughout the day.

The Vikings will meet an old friend on Sunday. Stefon Diggs recorded more than 4,600 yards and 30 touchdowns in purple.

Kevin O’Connell loves the vibe in the Vikings locker room. And the players seem to love it, too.

The Vikings honored the Vikings Fan of the Year, Shirley Bowden.

Kirk Cousins made some outstanding throws in the win over the Commanders.

The two starters Dalvin Tomlinson and Cameron Dantzler missed practice again. But so did star quarterback, Josh Allen. The other part of the Minneapolis Miracle is his backup, Case Keenum.

The 2022 Vikings fan experience has been an interesting one.

Christian Darrisaw is becoming a fan favorite. He could be the franchise left tackle for a long time.

Apparently, the Vikings are an average team in terms of luck.