All Eyes Turn to Christian Darrisaw’s Status in Week 11 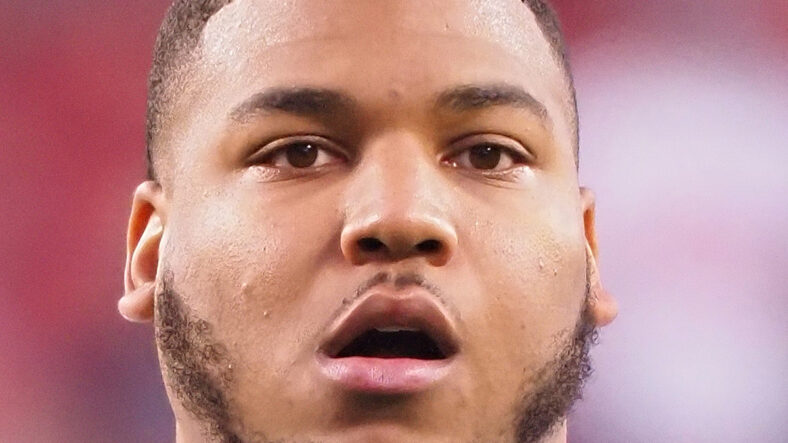 A footnote to the Minnesota Vikings wild victory over the Buffalo Bills last weekend was the concussion to left tackle Christian Darrisaw.

The second-year left tackle has taken over the Vikings offensive line, ranking tops in the NFL among all offensive linemen through 10 weeks, according to Pro Football Focus.

But while the Vikings wallow in a fancy 8-1 record — and status as home underdogs this weekend against the Dallas Cowboys — all purple eyes turn to Darrisaw’s status. It’s a classic “will he or won’t he” play on Sunday.

For now, the answer is probably, as Vikings-themed folks haven’t made too much fuss about Darrisaw’s concussion lasting long-term. However, the Virginia Tech alumnus didn’t practice on Wednesday, casting his certainty to play in Week 11 into doubt.

Star Tribune’s Ben Goessling tweeted on Wednesday, “Dalvin Tomlinson was DNP; the Vikings want him to be fully healthy when he gets back, O’Connell said. Evans, Darrisaw are in concussion protocol.”

So, for those with scorecards at home, that’s no Darrisaw, Evans, or Tomlinson at the week’s first practice. Head coach Kevin O’Connell later commented that the practice was more of a walkthrough because the win over the Bills was physically brutal, which will surprise no one.

Darrisaw, 23, is on track to earn Pro Bowl recognition and perhaps First-Team All-Pro kudos. During the summer, he was forecasted to become a mini-Trent Williams, a prognostication that felt like preseason smoke at the time. Alas, the prediction was correct — or at least Darrisaw is on a Williamsian path.

In Darrisaw’s stead against the Bills, reservist left tackle Blake Bradel performed admirably. Buffalo owns one of the NFL’s best defenses and pass rush, and Brandel didn’t seem overmatched — a positive development in the event Darrisaw misses Week 11. Brandel fired up a 66.9 PFF score, a commendable mark for a backup player.

Moreover, the Cowboys possess the second-best defense in the NFL per defensive DVOA. They also lead the league in sacks, averaging 3.9 per game through Week 10.

A healthy Darrisaw will be beneficial versus Dallas — damn near vital for a violet pass rush like the Cowboys — so Vikings quarterback Kirk Cousins can continue his newfound experience with adept pass protection. During Cousins’ first four seasons with the Vikings, he was relentlessly under siege, but the tendency has stabilized, for the most part, so far in 2022.

More information will be available on Darrisaw’s status Thursday and Friday.