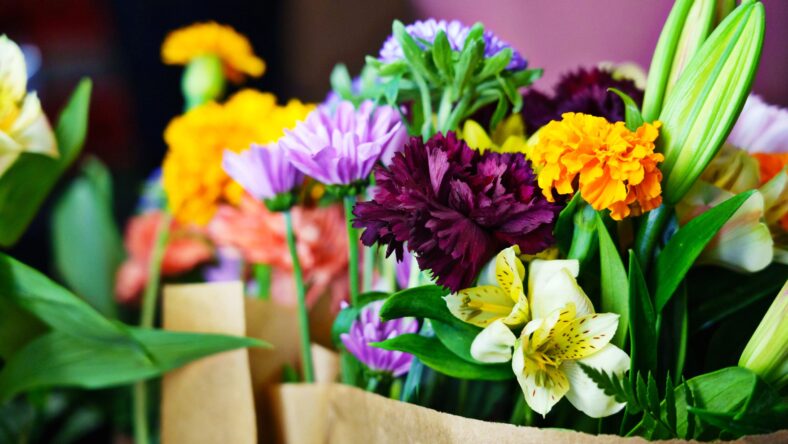 Flowers are displayed in a cooler at Baseline Flowers on Sep 30, 2022 in Phoenix, AZ. © Megan Mendoza/The Republic / USA TODAY NETWORK.

Akayleb Evans got his flowers last week. The Vikings rookie cornerback was thrust into his first significant NFL action after a Cameron Dantzler Sr. ankle injury in a 20-17 win at Washington. Afterward, Kevin O’Connell made sure he was appreciated.

“I’m glad you asked about [Akayleb]. I felt like he really had an impact. It seemed like he was really comfortable in that moment.”

Entering the game in the second quarter, Evans played 70% of the total defensive snaps opposite Patrick Peterson. The fourth-round pick from Missouri performed admirably on all counts. As he showed in the preseason, Evans was a willing tackler in the run game, making multiple open-field tackles, including two for losses. Targeted five times in the passing game, Evans allowed just one reception for a loss of 2 yards.

His play of the game, however, came on a 4th & 1 at Minnesota’s 38 with 5:40 left in the third quarter. Taylor Heinicke targeted Terry McLaurin on a shallow crossing route, but at the last second, Evans dove headlong to knock the ball away to stop the Washington drive. In a film session following the win, O’Connell again showered praise on his youngster.

“Watch Akayleb stay connected to one of the best receivers in football. He recognizes exactly what he’s going to get, and then like a veteran, gets in his low hip. Because he knows that McLaurin has some juice to run away from him so he has to try to close that angle and then try to make a play on the football, and that’s exactly what he does. Huge play by a young player.”

Evans’ success wasn’t a surprise to him or his teammates.

“I had good preparation throughout the week and have been leaning on vets like Pat P and Cam [Dantzler] just to learn from them. So whenever my opportunity came, I felt like I was going to be prepared.”

Adam Thielen had nothing but good things to say about his young teammate. “From day one when he got here to where he’s at now, it’s been a huge progression. He’s putting a lot of hard work in. He’s figuring out the game mentally and physically. He’s one of those guys, that when he gets put in a game, he’s a different player.”

Evans has shown to be all-in from the moment he arrived in Minnesota. He even dyed his hair purple to prove it to the fans. Being schooled under Peterson’s tutelage has allowed him to grow, improve, and be ready for his opportunity. It’s been the “perfect situation” for the rookie, whose “favorite corner” is Peterson.

The game experience in Washington, film sessions at Peterson’s house, and extended reps in practice this week are all going to prove invaluable as Evans gears up for what is looking to be his first NFL start. Dantzler’s aforementioned ankle still has not healed, holding him out of practice Wednesday and Thursday, leading into the highly-anticipated Week 10 showdown with the Bills’ high-flying offense. Thus, Evans should get his shot.

Regardless of Dantzler’s final status for Sunday’s game, we can be certain to see more of Akayleb Evans on the field; he has earned it. Despite lining up against the #3 passing offense in the NFL that owns one of the league’s best WR duos in Stefon Diggs and Gabe Davis, Evans won’t shy away from any of it.

“Whatever opportunity is presented, you have to take advantage of it. If you prepare the way you should, you shouldn’t have fear in your heart.”

His coaches, teammates, and fans gave him his flowers last week for a job well-done. It looks like he will have a chance to water those flowers at noon CT in Buffalo.