A Vikings Loss on Thanksgiving is Far From Disastrous 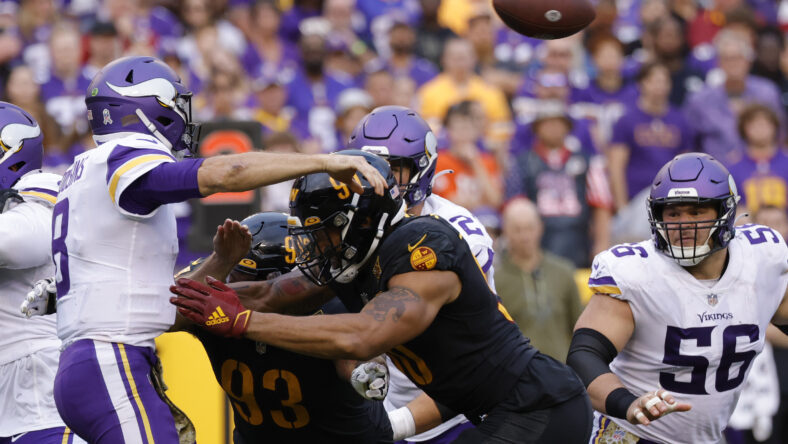 A lot of Minnesota fans are looking for a strong bounce back game from Kevin O’Connell’s squad. Dallas marched into U.S. Bank Stadium and left with a 40-3 victory. It was a humbling defeat, one that has sown seeds of doubt into our collective purple mind. A Vikings loss on Thanksgiving would seem to further reinforce the notion that the team isn’t worthy of its stellar record.

If we shrink things down to just the most recent game, we can see some more reason for concern, consternation, and catastrophizing. Take a look at some of the numbers for the Cowboys:

In other words, things got ugly. Doesn’t a Vikings loss on Thanksgiving night simply reinforce that Minnesota is in over its head?

In fact, I’m among those who believe that some midseason struggle can be productive. Earlier in the week, Cole Smith wrote a piece for PurplePTSD detailing why he thinks the timing of the Cowboys loss might have “come at the right time.” He sees an opportunity following the upcoming game:

Fortunately, the Vikings will receive a mini-bye week following their Thanksgiving bout with the Patriots. This will allow the team to get healthy and get some of their key contributors back. Their absences cost the Vikings against the Cowboys and almost cost them against the Bills. If they can get healthy after the bye week, they will still field a mostly healthy roster heading into December.

Indeed, the ability to head into a mini-bye is a good thing. Ideally, the players can step away for a few days, taking time for their families and friends. Some of the team’s injured players – Christian Darrisaw foremost among them – can hopefully get back to 100%.

Furthermore, the coaching staff should benefit from the extra days off. Whether they’re 9-2 or 8-3, the Vikings will be in the driver’s seat for the NFC North. That’s Goal #1 heading into the season. Winning the division secures at least one home playoff game, a notable advantage after the gruelling regular season.

The Vikings’ schedule gets easier after this game. The remaining opponents are as follows: the Jets, Lions, Colts, Giants, Packers, and Bears. That list of 6 teams doesn’t inspire a ton of fear. Of course, wins aren’t a guarantee, and yet the fact remains that a 3-game stretch involving the Bills, Cowboys, Patriots looks considerably more daunting than one with the Jets, Lions, and Colts. Ditto for the final trio of games.

With all that being said, we circle back to the article’s main topic. A Vikings loss on Thanksgiving isn’t the end of the world. The team would need to recommit to finding ways to win and would need to infuse their preparation with extra urgency. Obviously, it’d be much better if they could pursue future success as a team that stands at 9-2, but an 8-3 record is nothing to be ashamed of.

The path to securing the first division title since 2017 remains wide open. Dropping tonight’s game won’t change that reality, so let’s not get too far ahead of ourselves if Minnesota stumbles.

Editor’s Note: Information from Pro Football Reference and NFL.com helped with this piece. 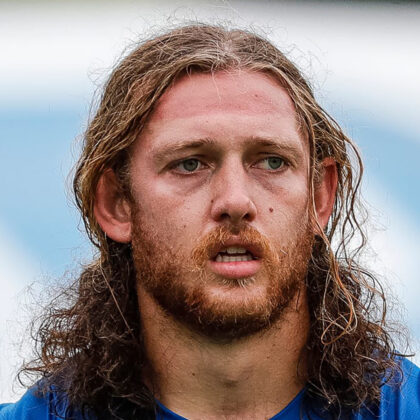