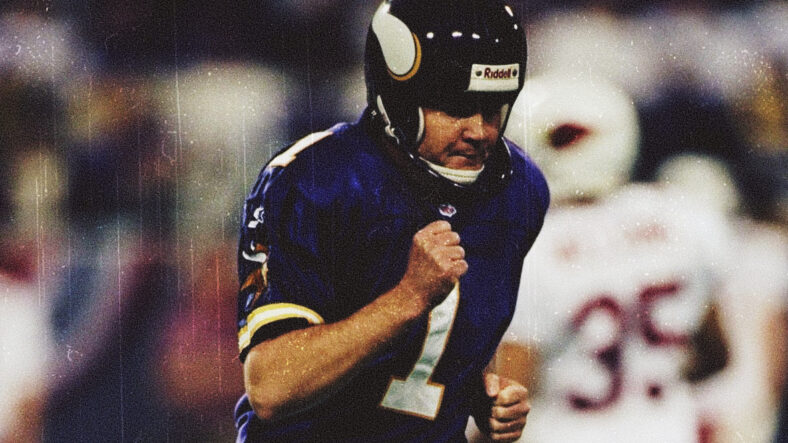 129 ex-NFLers were nominated for Hall of Fame consideration on Monday, including 5 men who played for the Minnesota Vikings.

The Vikings currently have 22 players enshrined in Canton, Ohio, with the possibility of five more from the late-1990s and 2000s era joining in the near future.

Steve Hutchinson (2020) and Randy Moss (2018) were the most recent Vikings to get the HOF nod. The next batch(es) could embrace some of these men nominated this week:

Jared Allen made headlines in July when the Vikings opted for his name in the team’s Ring of Honor — a worthy choice. In his time with the Vikings from 2008 to 2013, Allen led the NFL in sacks with 85.5, quite the return on investment involving a trade with the Kansas City Chiefs. Allen was also an integral part of the 2009 Vikings team that was mere moments away from a Super Bowl trip against Peyton Manning’s Colts. He ranks 16th in NFL history in sacks with 136 – more than Carl Eller, Rickey Jackson, Charley Haley, Andre Tippett, etc. All of those men, besides Allen, are in the Hall of Fame.

Kicker Gary Anderson isn’t as loved as Allen, mainly because he’s the man remembered for missing a field goal in the 1998 NFC Championship that could’ve sent a fairy-tale team to the Super Bowl. But Anderson does rank third all-time in points scored. And, folks forget he played for the Vikings in four more seasons after the 1998 tomfoolery.

Matt Birk, a Super Bowl champion with the Baltimore Ravens in 2012, reached six Pro Bowls with the Vikings and is one of the best centers in team history. He’s also running for Minnesota’s lieutenant governorship in 2022.

Along with Allen, Randall Cunningham is probably the most likely to receive the Hall of Fame nod, changing the sport in the 1980s and 1990s. He helped shape the quarterback position, implementing a rushing angle to quarterbacks’ skillsets that were rare before his rise to power. Cunningham also led the aforementioned 1998 team to near bliss.

Finally, like Allen, Kevin Williams was granted Vikings Ring of Honor status in 2021. Williams had 177 consecutive starts over the 11 seasons with the Vikings, including postseason. He also earned six Pro Bowl nods and five 1st-Team All-Pro selections.

Of the 129 finalists for the Class of 2023, 25 will survive the cut in November, and the list will diminish to 15 finalists in January. Non-Vikings like Joe Thomas, Darrelle Revis, Dwight Freeney, and Devin Hester highlighted the rest of the class.