3 Vikings You Gotta Watch at DET

For the first time since Week 5, the Minnesota Vikings will be involved in a divisional battle. A fourth straight win inside the division would seal the Vikings as division champs. All three previous wins came at home, and now they start the road games with a trip to Detroit to face the in-form Lions.

Surprisingly, it is the team from Michigan who still have the chance to catch the Vikings. Albeit slim, they have to win all of their remaining games and rely on the Vikings losing all of theirs. The Lions are more realistically looking at a wildcard place. If they can continue their recent good form with a victory over Minnesota, they will give themselves a chance with four games to go, whereas defeat probably ends their chances.

If the Vikings are to get the win, they need to clinch their 21st division title. Here a three Vikings players to watch who will have an important role in making it happen.

Dalvin Cook has had some enjoyable outings against the men from Detroit, including a 206 rushing yards game in 2020 and 96 yards and a touchdown earlier this season. I expect the Lions to go all out to try and stop the Vikings passing game. They will bring the pressure toward quarterback Kirk Cousins and try and shut down Justin Jefferson as they did in the reverse fixture.

One way to counteract that is by establishing the run. A heavy dose of Dalvin Cook and plenty of backup from Alexander Mattison is the order of the day. Mattison himself has had plenty of success against the Lions in the past, including a touchdown earlier in the season. Success on the ground will go a long way to ensuring a Vikings victory.

Back in Week 3, the Lions obsession with Jefferson left the game wide open for the rest of the offense. KJ Osborn had his best game of the season, and it was a good day for Adam Thielen. Thanks to Detroit, the Vikings have an extra weapon this time in the shape of tight end T.J. Hockenson. Following an injury to starting tight end Irv Smith, the Vikings made a surprise trade deadline day move for Hockenson.

Smith had a disappointing day against the Lions; he did make a good diving catch. However, he only caught two of six targets and had a bad drop — not the only one he had at the beginning of the season. He had started to find some form when injury struck. There is a possibility Smith will return for the playoffs and add another offensive weapon to an already stacked group.

Hockenson has slotted in seamlessly in Minnesota. He has 30 catches for 225 yards and a touchdown from his first 5 games, a greater production level than other tight ends have been producing in Minnesota for some time. He will assuredly be eager to produce a big game against the team that drafted him with the eighth overall pick (then decided to trade him away in his fourth year).

Detroit possesses one of the best offensive lines in the league. Add in an abundance of playmakers, and it should then be no surprise that quarterback Jared Goff is enjoying somewhat of a resurgence. The Vikings defense will need to be able to breach that offensive line and get pressure on Goff. The obvious place to look is Danielle Hunter and Za’Darius Smith, but they will need help against this unit.

The second-year man is putting together an impressive sophomore season. He has three sacks and six tackles for loss, impressing in both pass-rush and run defense when he comes into the game. Defensive coordinator Ed Donatell singled him out earlier this week as having a bright future.

He has an overall grade of 71.0 from Pro Football Focus, an impressive number for a backup player. With Danielle Hunter on the injury report earlier this week with an illness, his role could become greater. 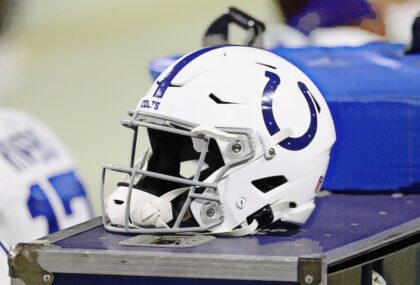