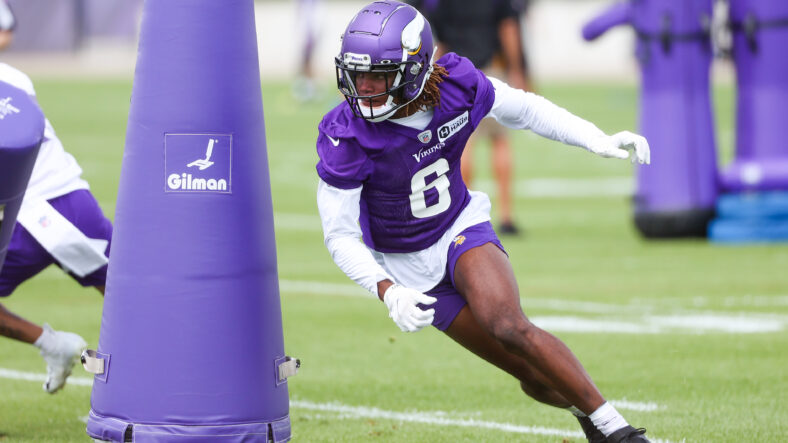 Few teams are as healthy as the Vikings. The advantages of not playing the starters, and even some key backups, in the preseason seem to pay off in advance of the matchup with the Green Bay Packers. However, after Jonathan Bullard was the only player on the injury report on Wednesday, the Vikings had to add two additional players on Thursday.

The running back and backup of Dalvin Cook missed practice because of a personal matter. Trade rumors surfaced last week, but he stayed with the Vikings. Hopefully, anything is fine with him and his family.

If Mattison can’t go on Sunday, the Vikings could use Kene Nwangwu and Ty Chandler as primary backups. Both have shown great promise in their preseason outings.

Nwangwu is a second-year player with elite speed. His special teams’ abilities are well-known but his talent to play the running back position was a question mark. In the preseason, he silenced his doubters with some excellent runs.

The same can be said about Ty Chandler. The rookie was a late-round pick and a head-scratcher because the Vikings already had Cook, Mattison, and Nwangwu on the team. However, he was incredible in the preseason, as he gained 113 yards in just 15 runs and a significant kick return.

The running back depth is probably the best of the Vikings roster, so even if it were nice to have him, Mattison missing the game would not be the end of the world.

If Cine can’t go, Josh Metellus would be the third safety, and the first regular season action of the first-rounder would be delayed. The Vikings would lose their option to play with three safeties simultaneously. To lose that ability could be a big blow to the defensive flexibility. In addition to that, Cine wouldn’t gain any experience.

Jonathan Bullard is the only Vikings starter on the injury report. His job is on a rotational basis, as teams play a lot of nickel defense in the modern NFL, and one defensive lineman has to come off the field. Bullard secured a starting spot, and it’s possible that he was the main reason why the Vikings felt confident cutting ties with defensive end Armon Watts. James Lynch or Ross Blacklock would slide into the starting lineup.

Unlike the Vikings, the Packers had to deal with injuries all preseason. Even some big-time players missed time.

Bakhtiari and Jenkins are among the best offensive linemen in the NFL. It would be a huge blow to the Packers if they can’t go. They both recover from torn ACLs. Even if they can go, they may not be at full strength.

Savage and Tonyan are starters and are also players to watch. Tight end Tonyan is more important than ever because the Packers wideouts are a problem.

Allen Lazard not practicing is also a big deal. The veteran receiver has already earned the trust of quarterback Aaron Rodgers and, therefore, would be a considerable upgrade in the lineup. If he can’t play, the Packers are down to Sammy Watkins, Randall Cobb, and rookie Romeo Doubs.