3 Bold Predictions for Vikings vs. Commanders 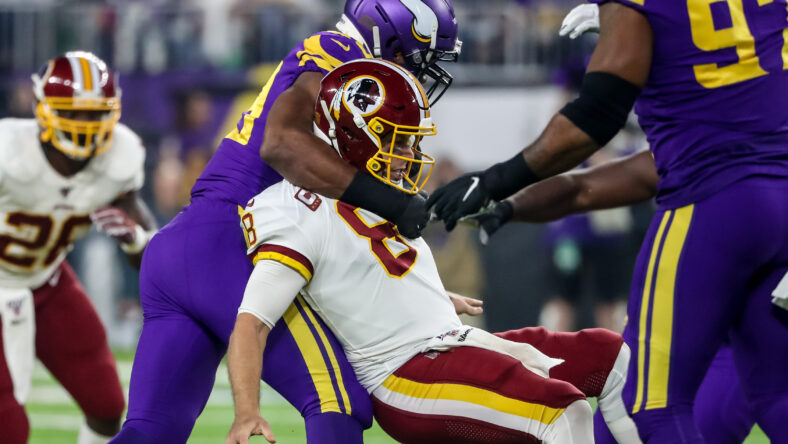 This Sunday, the Minnesota Vikings are on the road to face off against the Washington Commanders at FedEx Field.

Minnesota edge the head-to-head history 12-10 in games dating back to 1968. The Vikings have won four of the last five meetings, including the previous two. The most recent was in 2019, when Dalvin Cook scored the only touchdown in a low-scoring affair at US Bank Stadium. The game finished 19-9 in favor of the Vikings.

Heading into the game, here are three bold predictions for Vikings vs. Commanders.

Vikings Win by More than One Score

For the first time since the 23-7 win over the Green Bay Packers in Week 1, the Vikings will win by more than one score. Washington is a tough football team, and they won’t be easy to beat. However, they haven’t scored many points during their three-game winning streak — only 12 points against Chicago, 23 against Green Bay, and 17 against Indianapolis.

The Vikings are averaging 24.7 points per game, though the poor showing against Philadelphia in Week 2, where they only scored seven points, is bringing that average down. Over the last three games, the Vikings are averaging 29 points per game, with the likes of Kansas City and Buffalo as the highest-scoring teams in the league. I don’t foresee Washington being able to score 30 points. If the Vikings can get points on the board early, they will force inexperienced quarterback Taylor Heinicke into mistakes. Minnesota takes advantage and finally secures a comfortable win.

Kirk Cousins returns to where it all started and plays at FedEx Field for the first time as a visiting player. Cousins played against Washington in the 2019 game mentioned above. Although he didn’t throw a touchdown pass, he had a good day completing 23 of 26 passes for 285 yards in a Vikings victory.

Cousins is on a streak of 37 straight games with a touchdown pass, the longest active streak in the league — more than double that of the man in second place: Jimmy Garoppolo, with 16.

So far this season, Cousins hasn’t thrown for more than two touchdowns in a game. It’s unusual for Cousins to go this many games without a treble of touchdown passes. The assumption that the Vikings passing the ball more under Kevin O’Connell would lead to many touchdowns through the air hasn’t happened. That changes this week, as Cousins throws three touchdown passes for the first time this season.

It is unlikely T.J. Hockenson has a massive part to play this weekend. He has only had a few days to try and learn his new team’s scheme, playbook, and the different phrases the Vikings use. Johnny Mundt will take on TE1 duties as Hockenson gets acclimatized in his new surroundings, following being traded to the Vikings by the Detroit Lions earlier this week.

However, I believe the Vikings will want to get him involved, especially as they are thin on the ground at the tight end position. They could send him out for some simple blocking reps and act as a decoy, but I think O’Connell will have a couple of plays drawn up for him. The Vikings head coach has proved adept in the red zone, and I believe this is where we see Hockenson this week — leading me to my third and final bold prediction for Vikings vs. Commanders. Hockenson scores a touchdown in his Vikings debut. 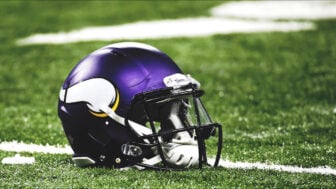