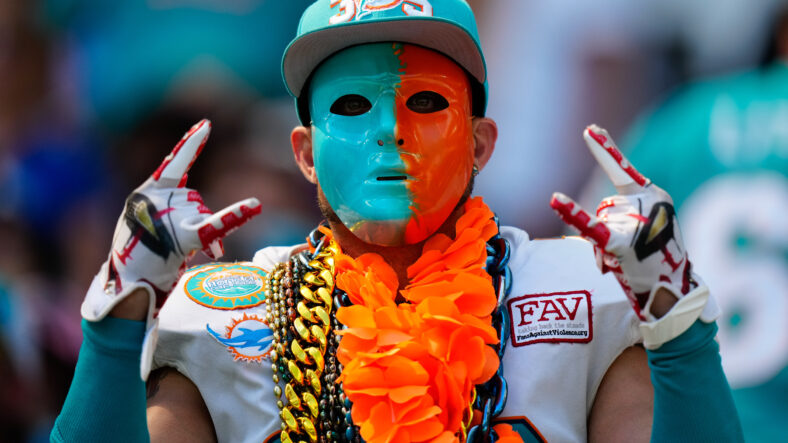 Each week, VikingsTerritory details 20 statistical or interesting facts about the upcoming Minnesota Vikings game. This week’s edition involves the Miami Dolphins, who are 3.5-point underdogs facing the Vikings in Week 6.

These are the 20 random facts to know about Dolphins-Vikings:

1. The Dolphins pass defense is dreadful, ranking 32nd in the NFL per passing defense DVOA. The Vikings should throw the ball over the field in Miami. If they don’t, they’re doing something wrong.

2. Skylar Thompson, the Dolphins QB3 who will start on Sunday, tallied 26 rushing touchdowns at Kansas State. He’s not very fast, but he does move around a lot — and score touchdowns.

3. Sunday’s game will be just the second time the Vikings have played against Tyreek Hill. Hill torched Minnesota for 140 yards and a touchdown during their first matchup.

5. The Vikings have been outscored 33-6 in the 3rd Quarter through five games. That’s the third-worst 3rd Quarter point differential in the NFL. They take a nap in Quarter No. 3.

6. Patrick Peterson and Camryn Bynum as the only two Vikings defensive personnel to play every snap in 2022. They have not come off the field.

7. The Vikings don’t play another division game for about two months.

8. Justin Jefferson is on pace for 1,860 receiving yards and 10 touchdowns.

9. When Sunday’s game kicks off, Adam Thielen will have played more games for the Vikings than Adrian Peterson.

11. C.J. Ham has been utilized on 13% of the Vikings offensive snaps through five weeks of 2022. In a Mike Zimmer offense, Ham was usually on the field 35% of the time.

12. Because Minnesota was 12 for 15 on 3rd Down versus the Bears, they went from fifth-worst to seventh-best via 3rd Down conversion percentage — in one week.

19. Quarterbacks in their first-ever start, like Skylar Thompson, are 8-8-2 (.500) against the Vikings in franchise history.

20. Since 2020, Kirk Cousins leads the NFL in 4th Quarter touchdown passes (14) with the score margin within eight points.