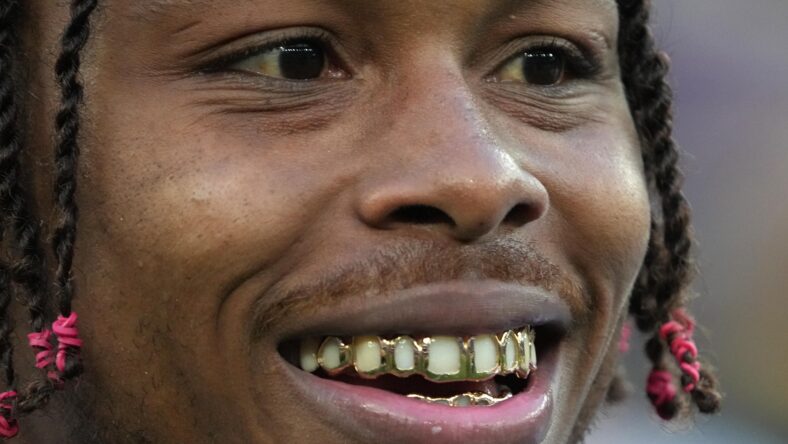 Each week, VikingsTerritory details 20 statistical or interesting facts about the upcoming Minnesota Vikings game. This week’s edition involves the Buffalo Bills, who are 3.5-point favorites facing the Vikings in Week 10.

These are the 20 random facts to know about Bills-Vikings:

1. The Bills rank first in the NFL per points allowed on defense and first in yards gained on offense. Yikes.

3. Buffalo really doesn’t do anything poorly — besides turning the ball over. They rank 28th in Giveaways through nine weeks.

4. Through eight games, the Vikings offensive line ranks 11th-best leaguewide per Pro Football Focus. And that’s even with a poor performance at Washington in Week 9.

5. The Vikings magic number for the NFC North is now five — with 12 days until Thanksgiving. Any combination of five wins or five Green Bay Packers losses (combined) hands the Vikings the NFC North for the first time since 2017.

6. T.J. Hockenson’s nine receptions against the Commanders was the most by a Vikings TE since 2018. Not a bad debut, huh?

7. The Vikings rushed for 56 yards against the Commanders last weekend. Before that contest, they were 16-82 (.163) in franchise history in games with 60 rushing yards or less.

8. Justin Jefferson is on pace for 1,842 receiving yards and 9 total touchdowns.

9. Minnesota has a 99% chance of reaching the playoffs, per FiveThirtyEight. The Bills are at 94%.

10. The Vikings are the NFL’s second-best 4th Quarter team per point differential. They’ve outscored opponents by 33 points in Quarter No. 4. Buffalo ranks eighth in the same metric (+16).

11. Harrison Smith is the first Vikings player since 2003 to have an interception in three consecutive games.

12. Kirk Cousins continues to dazzle in close games during the 4th Quarter:

14. According to Pro Football Focus, the Vikings best player at the moment is Christian Darrisaw, with an 89.1 grade.

15. The NFL “record” for most one-score wins thru eight games of a season is six such wins. And the record is held by these teams:

17. This is the difference coaching can make:

18. When Kirk Cousins came out of the game for one play against Washington, that was the first time as a Viking that he exited a game other than resting starters, last year’s COVID game, or Sean Mannion kneeldowns.