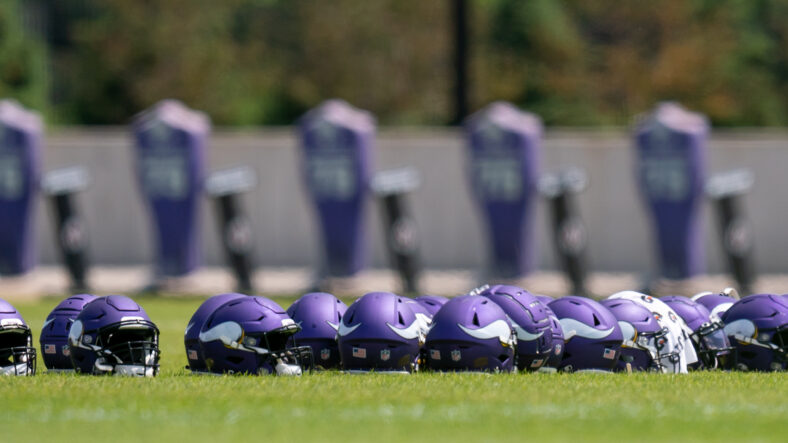 Before NFL training camps heated up last week, Pro Football Focus announced its Top 50 players leaguewide of 2022, and the Minnesota Vikings accounted for 2% of the list.

Last year, Minnesota was represented by three players, but safety Harrison Smith and linebacker Eric Kendricks did not make the cut in 2022.

These two Vikings are the main event this season, according to PFF.

Jefferson made headlines last week by saying he “isn’t too fond of money,” music to Vikings fans’ ears as contract negotiation next spring should be melodramatic. But make no mistake. Jefferson will be very affluent when his next deal kicks in at the start of 2025.

In 2021, Jefferson was the NFL’s fourth-best WR per PFF, ranking behind Cooper Kupp, Davante Adams, and Deebo Samuel. He embarks on Year Three as a pro, this time inside a Vikings offense that could cater to his skillset even more. With Mike Zimmer in charge in 2020 and 2021, Jefferson was the most targeted player in NFL history via passing attempts during a player’s first two seasons. With the NFL’s shift to pass-happiness, Jefferson should experience even greater love in new head coach Kevin O’Connell’s offense. That’s why pundits peg the LSU alumnus for the “Cooper Kupp role” this season, foreseeing a massive Jefferson target uptick. O’Connell helped Kupp receive the utmost attention in Los Angeles, and he might just do the same for Jefferson in Minnesota.

Jefferson has registered 3,016 receiving yards in his first two seasons — the most ever in a player’s through two seasons. His 17 receiving touchdowns are fifth-most all-time in the same metric.

Cook’s placement on the PFF list proves the rankings aren’t simply a copy-paste of PFF grades. Why? Well, regarding grades, Cook’s 65.8 score was the lowest of his career, 42nd-best among 2021 running backs.

Whispers back in May suggested the Vikings may use Cook in a pass-catching role a la Le’Veon Bell in 2017. That tease made fantasy football managers salivate and piqued the interest of Vikings fans. In 2019, when Kevin Stefanski was in charge of the offense, Cook notched 53 receptions and 519 receiving yards. But Minnesota curiously reduced Cook’s role in the passing attack after Stefanski took the big job in Cleveland.

Now, though, RB-WR Cook could be back on the menu. He’s a tremendous asset in open space, so the pass-catching role for Cook could enhance his productivity.

Former Viking Stefon Diggs checked in at #39 on the PFF list. He sets sail on Year Three in Buffalo. Aaron Donald was considered the best player in the league.