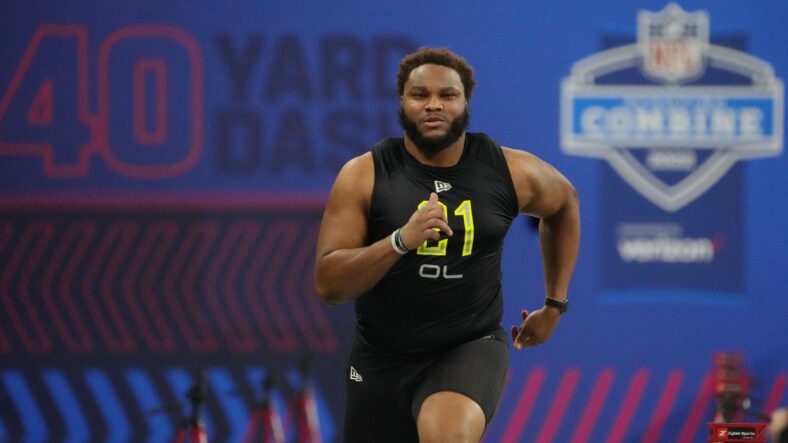 The Minnesota Vikings have been beset by generalized ineptitude at the right guard spot since 2018 (sans a 2019 run with Josh Kline). Accordingly, with a new front office and coaching staff, fans of the organization anxiously await the identity of the latest RG.

One thing is certain — the man starting at RG in 2022 will be new to the franchise as the starting forecasts for men like Dakota Dozier, Dru Samia, and Oli Udoh have been retired.

These are the two contenders.

Davis was the surprising favorite to win the RG job after the Vikings minicamp in June. Playing tackle down in Miami for the Dolphins, general manager Kwesi Adofo-Mensah evidently signed Davis to compete for a guard gig. Davis played right guard during his first two seasons (2017, 2018) but transitioned to right tackle from 2019 to 2021.

So far at training camp, Davis has been the RG1, although his competition, Ingram, has taken starting snaps, too. If the season started today, Davis would, in all likelihood, trot onto the field as the starter.

On paper, that body of performance should not dethrone Ingram, a 2nd-Round draft commodity, but we shall see.

The last three men drafted by the Vikings from Louisiana State University are Justin Jefferson, Danielle Hunter, and Henry Thomas. Therefore, the plans for Ingram to thrive are warranted.

Ingram was plucked from a spot in April’s draft where he should start — immediately. Otherwise, if there is no imminent plan to start Ingram, Minnesota could’ve drafted a guard in Round 4 or so and rolled with Davis as the primary plan.

The Vikings have mixed in Ingram as a mini-starter at camp a tad, so they clearly envision his rise to stardom in the near future. And if Ingram is “that guy,” he’ll silence all Vikings guard-related anxieties since the retirement of Steve Hutchinson. In fact, Hutchinson was the last Vikings guard voted to a Pro Bowl — in 2009.

Just like Lewis Cine at safety, Ingram is the long-term plan at right guard for the Vikings, even though Week 1 may not be his time. But his time is coming.