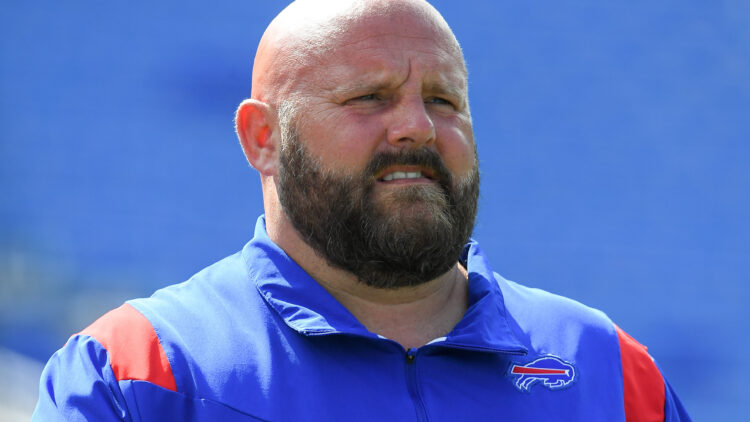 The playoffs are here, which means an opportunity to perform in primetime on the biggest stage possible. Not only for the players who make these games happen but also for the coaches who are just as pivotal to the victories and defeats as the players. Several of these coaches are in the running for a head coach position in 2022, and this weekend was their most significant opportunity yet to leave an impact, positive or negative.

So, how did each of these coaches vying for a promotion perform on Saturday and Sunday? Obviously, this is only a single game, and coaches can only do so much for their team – they aren’t actually out on the field, of course. That being said, these games definitely matter around the NFL. No team wants to hire a coach whose offense or defense didn’t perform in their biggest moment of the season.

Daboll was a big name in the 2021 offseason for many teams looking for a new head coach, and this attention led to several interviews, but none culminated in a job for Daboll. Suffice it to say that after Buffalo’s performance on Saturday night, Daboll will again be under heavy consideration. The Bills scored a touchdown on their first seven possessions before kneeling out the game, securing their dominant victory. This was perhaps the most dominant offensive performance in NFL history, and for Buffalo’s OC, it’s hard to leave a better impression on prospective future employers.

Buffalo’s coordinator on the other side of the ball has also been getting some HCing buzz. As Minnesota fans, of course, we know Frazier well due to his brief stint as head coach for the Vikings in 2010-2013. His performance as defensive coordinator for the Bills in recent years has garnered the attention of teams around the NFL, and it appears that Frazier may get another chance at a head coaching job. While Frazier’s unit was nowhere near as impressive as Daboll’s on Saturday, the performance of the Buffalo defense certainly didn’t reflect poorly on him either, with only three points allowed in the first half.

Head coaching jobs and Josh McDaniels have a long and complicated history, but just as New England’s offensive successes with Brady led to substantial McDaniels hype before McDaniels’ first run of opportunities, again New England’s offensive success this season with rookie Mac Jones has fueled increased speculation regarding another head coaching opportunity for McDaniels. Saturday wasn’t the brightest moment for McDaniel’s offense, but fortunately for him, those struggles were overshadowed by Belichick’s defense getting absolutely eviscerated. Overall it’s doubtful this game will impact McDaniel’s head coaching prospects much at all, given his lengthy track record as an offensive coordinator.

Tampa Bay throttled the Philadelphia Eagles on Sunday, but that was more due to the Eagles’ complete offensive ineptitude than anything Tampa Bay did on offense. But Leftwich’s unit still performed solidly, putting up respectable efficiency numbers en route to a very respectable 31 point showing.

Bowles received substantial hype last season after the Bucs’ somewhat surprising Superbowl run due to the instrumental role played by his defensive unit. Bowles was previously Head Coach of the New York Jets. While that stint did not go particularly well, it’s easy to chalk up his lack of success to the extreme organizational dysfunction that abounded during his tenure in New York. Sunday’s defensive performance by the Buccaneers will do nothing but reinforce Bowles’ reputation as one of the premier defensive schemers around the league.

A surprise name that came up after Black Monday as a possible head coaching candidate, Gannon is relatively young and inexperienced, only 39 years of age, and in his first defensive coordinator position. This season was supposed to be the continuation of a rebuild for the Eagles, so their overperformance relative to expectations may be what led to Gannon getting some looks for a promotion. The Eagles defense wasn’t terrible on Sunday, but it wasn’t outstanding either. However, given the talent disparity between Philidelphia’s defense and Tampa Bay’s offense, perhaps this result should reflect favorably on Gannon.

Moore has been getting a ton of hype as a head coaching candidate for basically the entire season, as Prescott’s return from injury has led to an impressive offensive rejuvenation in Dallas. Throughout Moore’s tenure in Dallas he has garnered respect for his flexibility and innovation as an offensive schemer. The Cowboys have achieved above-average offensive results every year except for an injury-marred 2020 campaign. While Moore was a very hot candidate going into the Cowboy’s playoff game Sunday, he’ll likely be considerably colder going forward. The Cowboys offense was undisciplined and ineffective, managing to score just 17 points, with poor efficiency numbers all around. While Moore is still likely to get a job as HC this offseason, his unit’s performance on Sunday did not help matters for him at all.

On the flip side for Dallas, their defense was decent, not great but certainly not poor either. Given that the 49ers were led by a surprisingly efficient regular season offense schemed by Kyle Shanahan, that is a result that reflects well on Dan Quinn. Most of us know Dan Quinn as the head coach who blew a 28-3 lead in the Superbowl, with Atlanta pretty much falling apart afterward. Quinn was hired as defensive coordinator for Dallas this season, and subsequently, they have improved significantly relative to their performance in recent years. While Dallas has a talented defense, Quinn deserves substantial credit as well, and as such his name has been floated as a possibility for various head coaching vacancies.

First-year defensive coordinator Demeco Ryans has been nothing short of outstanding for the 49ers this season, and Sunday was no different. San Franciso lost their previous DC Robert Saleh to the Jet’s head coaching job, which left Ryans with big shoes to fill. Not only has he filled them, but he has also filled them well, with the 49er’s defense performing well above expectations this season en route to a 2nd half surge and playoff berth for San Francisco. This has led to substantial interest in Ryans around the NFL regarding a possible promotion, and Sunday’s results will only fuel the hype train further. The 49ers defense locked down a Cowboys offense that entered the game as one of the league’s best, with great disciplined play, well-schemed coverages, and excellent blitz tactics by Ryans.

Bienemy has been gaining hype as a head coaching candidate since he took over as offensive coordinator in 2018. This is due to the historic offensive totals that the Chiefs have put up during those years, not only setting regular season records but achieving substantial playoff success as well. Bienemy hasn’t been hired yet as a head coach due to questions regarding how much influence he truly has over the offense, given he doesn’t call plays. Not to mention 2018 was also Mahomes’ first season as a starter, making it difficult to evaluate Bienemy’s effect on the offense independent of the otherwordly talent that is Mahomes. Regardless, it is likely that Bienemy will receive a job this offseason, perhaps even with our Minnesota Vikings, and the results Sunday did nothing to reflect poorly on Bienemy. The Chiefs initially looked like they might be in trouble, going down 7-0 after fumbling a wild cat handoff, before exploding offensively to the tune of 35 points in two quarters, en route to a 42-21 victory.

While, of course, this was just a single game, it is interesting to evaluate how each of these HC’s individual units performed when it mattered most. It remains to be seen which of these coaches will be interviewed by our Minnesota Vikings – Vikings have requested interviews with Gannon, Moore, and Ryans so far – but hopefully, when it comes time to bring the Vikings back into the playoffs, their new leader will have his players rise and perform their best during the biggest moments.