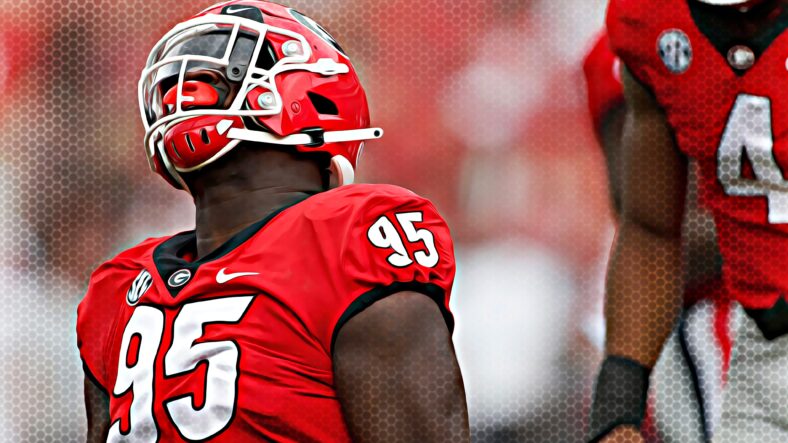 And one, in particular, might already be on the Vikings radar, as defensive lineman Devonte Wyatt met with the Vikings on Monday.

For Vikings fans familiar with a Mike Zimmer-driven scheme amid the last eight years, Wyatt can be considered a three-technique defensive tackle (a la Sheldon Richardson).

Graded by most draft pundits as a 1st-Round talent, Wyatt figures to land with a team in the “20s” range on April 28th.

Wyatt played 49 games at Georgia, tallying 113 combined tackles and five sacks. And at 6’3″ and 315 pounds, he possesses prototypical height and weight for a three-tech defensive lineman.

Meeting with the Vikings occurs at a time when mystery surrounds the status of Minnesota’s selection. The franchise will select 12th overall on draft night — unless new general manager Kwesi Adofo-Mensah trades back — and there is little clarity on who the team will choose. Adofo-Mensah is brand new to the head GM job, so the Vikings thought process is somewhat mysterious.

For long-term planning, Minnesota needs cornerbacks and EDGE rushers. However, as Adam Thielen ages, few onlookers would express disgruntlement over selecting a wide receiver like Garrett Wilson or Drake London.

Here’s the scouting report on Wyatt from The Draft Network:

“A versatile defender, Wyatt can align anywhere along the line of scrimmage. having had success playing 0-tech all the way to rushing outside at 7-tech. A player whose best football is still ahead of him, Wyatt has the size, length, pass rush instincts, and athleticism to develop into a consistent interior rusher at the next level.“

Interestingly, if one polled Vikings fans about “a Georgia defensive lineman” in the draft, most would instantly endorse Wyatt’s teammate, Jordan Davis, who thrilled the masses with his freakish athletic ability at the NFL Combine. For now, though, the Vikings are evidently attracted to Wyatt, if only for a pre-draft chat.

The interior defensive line is actually one of the Vikings strong suits as of April. The team showcases Dalvin Tomlinson, Harrison Phillips, Armon Watts, James Lynch, and others — but may be hoping to get even richer in the trenches, which is not a bad idea for a team that suffered tremendously in 2021 via situational defense.