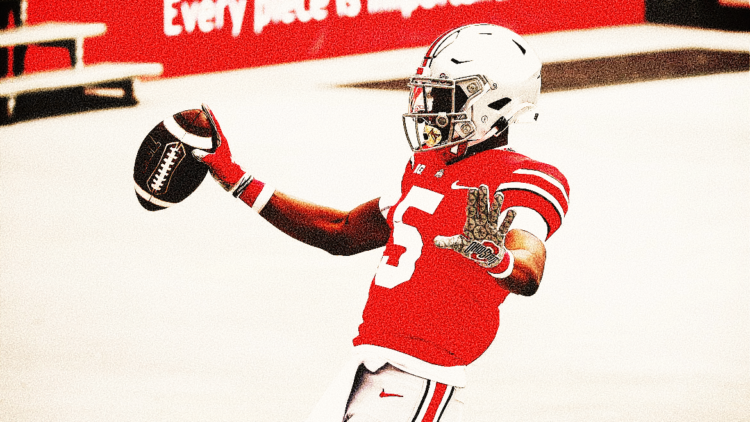 Kwesi Adofo-Mensah, the new general manager of the Minnesota Vikings, will be in the spotlight when his first draft as the final decision maker takes place on April 28th. Opinions on what he should do, are vastly different.

Fans and experts want to see a cornerback taken. For obvious reasons, since Patrick Peterson, Chandon Sullivan, and Nate Hairston all signed one-year deals in the off-season, and Cameron Dantzler is the only starting-caliber cornerback under contract for the 2023 season. In addition to that, the defensive backs were among the biggest weaknesses of the team in 2021 and a big reason why they missed the postseason in back-to-back seasons.

Others want to see the rookie GM address the offensive line. In the last two seasons, the offensive line ranked 23rd and 26th in the NFL, per PFF. This is not the right formula to finally capture the franchise’s first Super Bowl.

Some fans want to see a wide receiver taken with the first-round pick. Indeed, there is a good reason for that. The new head coach Kevin O’Connell was the offensive coordinator for the Los Angeles Rams in 2021. The Rams had three or more wideouts on the field on 87.8% of the offensive snaps. For comparison, the Vikings only had three or more receivers on the field on 60% of the plays. Since Kevin O’Connell is expected to use many things from the Rams’ offense with the Vikings, the team undoubtedly needs more receivers.

Outside of the star Justin Jefferson, the Vikings have Adam Thielen, a soon-to-be 32-year-old receiver, who has his last 1000-yard season in 2018, and KJ Osborn. He had a solid season as a third wide receiver. He still has to prove to be more than a WR3.

It´s actually the smart thing to do in the draft if the top player on the board is a receiver. Here are the top five wideouts in the 2022 NFL Draft.

Drake London is a physically imposing receiver. In high school, the receiver was a two-sport athlete and was ranked as the ninth-best shooting guard in the country. London had multiple offers but accepted the offer from USC to play football and basketball there. After his freshman season, he decided to fully focus on football, and in hindsight, it was the right decision.

His biggest strengths are his power and size. He is 6´4″ and weighs 219 pounds. Besides that, he is the best in the nation in contested catches. Per PFF, he led all CFB players with 19 of them. In his three seasons on campus, London only played in 22 games but recorded unbelievable 2153 receiving yards and 15 touchdowns.

The USC receiver has some flaws in his game. His speed is not on the same level as the other four players on the list. He is not slow, but it´s not comparable to the other players. All four are more dynamic. The lack of explosiveness leads to another problem. He has some separation issues. He´s great at coming down with the ball on contested catches, but if he never gets open in the NFL, his career will not be a long one. He has to work on his route-running to not let that happen.

London has a high ceiling. He can be a star receiver in the league early in his career if he lands in the right situation and can improve in some areas. He has the tools to become a dominant force as an outside wideout.

Alec Pierce is almost as big as Drake London but has the explosiveness London lacks. He is 6´3″, 211 pounds, with elite testing results. He ran the 40-yards in 4.41 seconds. Added to that, his jumping numbers were special, too. A 93-percentile vertical jump and a 90-percentile broad jump among wide receivers prove that his 40-yard dash was not a fluke.

His most significant strength is his speed. He easily runs past defenders all game, and he even looks faster on game film than the 4.41 would suggest. His average depth of target is higher than 17 yards and shows his deep threat ability. Other than that, Pierce is a good route runner. He is one of the more technically sound receivers in that aspect of his game.

The Cincinnati receiver is a straight-line runner and, therefore, not an agile player. It shows in his lack of running after the catch stats. He struggles to avoid defenders with the ball in his hands and is not as versatile as other players on the list because of his body style.

The combination of his athleticism, size, and toughness he plays with is perfect for making him a nightmare for defenses in the NFL. His production in Cincinnati doesn´t match his talent. The offensive coordinator has to find ways to give his best weapon the ball, and the quarterback has to throw him the ball. After watching the tape, Pierce should not be blamed for his numbers. He´s a special talent and underrated in most rankings and evaluations.

The Florida native is among the draft prospects with the best pure athletic abilities. He had an epic performance at the combine after dominating the Senior Bowl. He is 6´4″ and 209 pounds, paired with elite speed and jumping ability. The time of his 40-yard dash was 4.36. Watson is more explosive than the two previous receivers, and his agility is way better. However, he is not as polished as the other listed receivers here.

The biggest leverage in his game is his raw athletic ability. Watson doesn´t just run past people. He makes them look like third-graders. Once he runs full speed, there are even only a few people in the NFL who can run at his pace. He is not only a deep threat. He can take jet sweeps and slants to the end zone. After the catch, he is a problem. He runs fast and tough.

The biggest concern is the level of competition. He didn´t face any top opponents at North Dakota State. However, the outstanding explosiveness will translate to the NFL. Watson had some concentration drops, and for his size, he is not a good contested catch receiver. He has to work on that to reach his full potential.

His potential is limitless. He can become the best receiver in the NFL. However, he has to put in the work to do that and show progression and is still too raw to be higher on the list, despite his high ceiling.

After moving to Texas as a kid, Wilson returned to his home state to play football for the Buckeyes. The High School champion broke most of the receiving records at his school. The five-star recruit chose Ohio State over more than 20 offers, including Alabama and Georgia. His production improved every season in his three seasons in college. After Vikings´ legend Cris Carter in 1986, Wilson became the first Buckeye to record four straight 100-yard games.

Wilson is a near-complete receiver. Contested catches and concentration drops, just like Christian Watson, are his flaw. The other negative thing is his size, as he was measured at just under six feet and only 183 pounds at the combine.

His strengths are excellent route running in addition to the 90-percentile speed numbers. His fluid double move is going to be a problem in the NFL. Even cornerbacks at the next level will struggle with it. He is nearly impossible to cover when he makes the move, and it´s always a big play waiting to happen. After a catch, he can make defenders miss with ease.

Per PFF, Wilson forced 19 missed tackles, which ranks him among the best in the nation. Another vital part of his game is his versatility. He can be used deep, on screens, and even on jet sweeps. He played his whole sophomore campaign in the slot. Whatever an offensive coordinator wants him to do at the next level, he can do it and certainly has done it in the past.

The team that drafts him in the first round will get a versatile receiver who is already extremely polished at everything. Wilson will contribute early in his career.

Williams is undoubtedly the top receiver in the draft class. He does everything Wilson does, just faster. He was a star in his high school. The Missouri native did not only play football but also starred for his track team. In his final two seasons in high school, Williams had over 2,600 yards and 37 touchdowns and therefore was named Under Armor All-American following his stellar senior year.

Following his high school stardom, the start of his college career was rocky. He chose to play for Ohio State over Alabama. In his first two seasons, he could not get consistent playing time and had just 300 yards in ten games. As a result of his struggles, he chose to transfer to Alabama to continue the success story of his high school career.

In his one season at Alabama, Williams recorded 1,572 yards. The only Alabama receivers that had more yards in a single season were NFL players Devonta Smith and Amari Cooper. In the national championship game, Williams tore his ACL. He received a magically short recovery timeline and is already ahead of it.

His biggest strength is his absurd explosiveness. His speed is absolutely ridiculous, and cornerbacks are scared to play him. The Alabama receiver is a walking deep-threat for this reason. Additionally, his movement skills show when he has the ball in his hands. He can make people miss and make a big play every time he touches the ball. Like Garrett Wilson, Jameson Williams is extremely versatile and can be used on deep and short routes.

Besides his injury, the only concern is the physicality he plays with. If he could run tougher and gain some weight without losing his speed, he could be a near-perfect receiver prospect.

The team’s fanbase that lands him in the draft on April 28th will be the happiest. He is an exciting player and will make one NFL offense extremely scary to play against.

If the Vikings decide to draft a receiver, they can choose from different playing styles and skillsets. However, all five receivers on the list are first-round talents, and all five could be a great fit on the team. London is big and strong, Pierce is big and fast, Watson is big and fast, Wilson is smaller, fast, and a good technician, while Williams is always the quickest player on the field.

Janik Eckardt is a football fan, who has a fable for numbers and stats. He chose the Vikings as his favorite team, despite Christian Ponder being the quarterback at the time and loves to debate about the Vikings on Twitter. He is a walking soccer encyclopedia. Classic rock is his music genre of choice.