The Steelers Are Chatting with Malik Willis, Which Could Be Interesting News for Vikings. 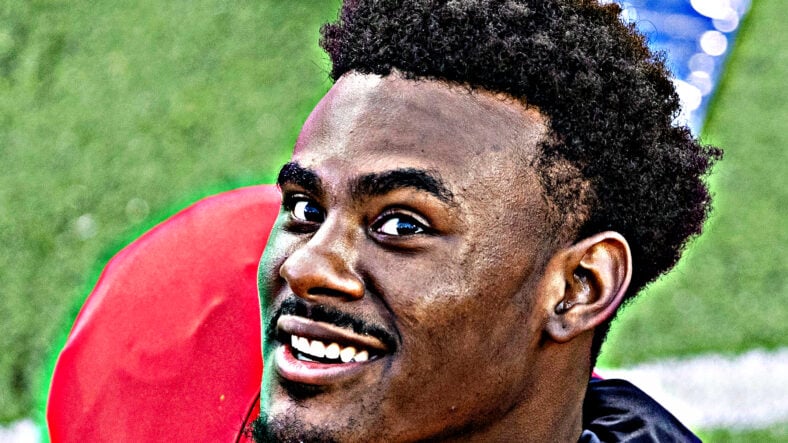 Momentum for the Minnesota Vikings trading back on draft day has risen over the last few weeks, as the players most commonly associated with the team, Ahmad Gardner and Derek Stingley Jr., may not be in play with the 12th overall pick. Those two players might be “too good.”

One of the possible trade-back partners is the Pittsburgh Steelers, a team that may be in the market for a QB1 after the 2021 retirement of Ben Roethlisberger.

And on Wednesday, Pittsburgh will formally chat with Malik Willis, a man predicted as the first or second quarterback off the board in this year’s draft.

Willis is a mobile quarterback from Liberty, linked to Jay Cutler-style arm strength with Jalen Hurts-like mobility — not a bad mixture. As is the case every year, quarterbacks climb the draft-hype machine, and Willis is one of the benefactors in 2022.

In March, the Steelers signed Mitchell Trubisky for either QB1 or QB2 duty, but no one is sure which number will follow the acronym. Pittsburgh, for now, is conveying to the world its plan at quarterback is Mitchell Trubisky. But is it more likely the Steelers actually plan to showcase Trubisky as QB1, or is the idea to patch the man over to a rookie passer like Malik Willis?

Should the gameplan become the latter, the Vikings are sensible trade partners. In the event Atlanta and Carolina opt not to draft Willis, there’s a reasonable chance Willis falls to the Vikings draft position. Then, in theory, the Steelers could pick up the phone, dangle draft picks in front of the Vikings, and a trade could occur.

The Vikings are in a unique draft spot where Willis or Kenny Pickett could “be there” at #12.

New general manager Kwesi Adofo-Mensah trading back checks some boxes. The Vikings could stand to be a little deeper on the depth chart, Adofo-Mensah has preached value about a dozen times since joining the franchise, and a trade-back merges both of the mindsets.

The Steelers hold the 20th, 52nd, and 84th picks in the draft, so some combination of those assets should enable Mike Tomlin and his pals to leapfrog from #20 to #12.

Otherwise, Adofo-Mensah can stand pat with selecting the best player available at #12 (probably a cornerback or EDGE) or trade with a different team like the Chargers, Saints, or Chiefs.

But we know the Steelers have an eye on Willis — and that’s important if Minnesota seeks to trade back.