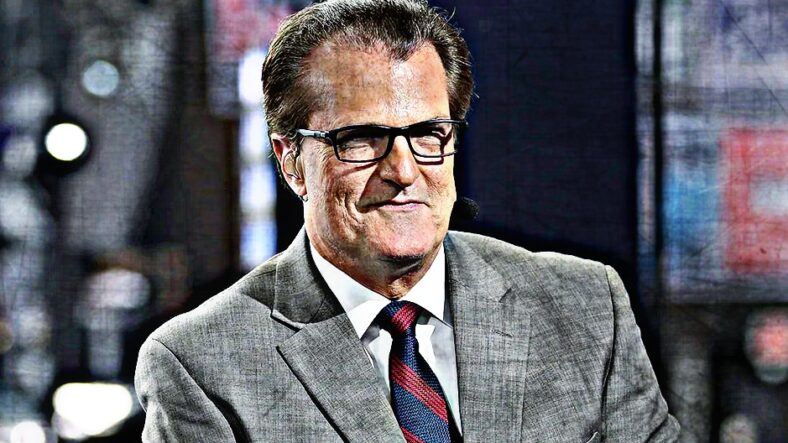 The 2022 NFL Draft is two weeks away, and the Minnesota Vikings hold the 12th overall pick in the event, followed by the 46th selection in the 2nd Round.

It’s also mock draft season — like all over the place — as all fans want to know who their team is picking to bolster the future.

Mel Kiper from ESPN is one of the top draft brains in the business, and he authored a two-round mock on Wednesday, unsurprisingly focusing on defense for the Vikings. Minnesota was a defense-first enterprise for eight years under Mike Zimmer. But after his January termination, that side of the ball is somehow the deficient side. The offense, for the most part, is in good shape.

Foremost, in the 1st Round, Kiper tapped a familiar name to land with the Vikings — Derek Stingley Jr.

Stingley Jr.’s draft stock has been a whirlwind this year. Based on his performance in 2019 — yes, three years ago — some consider the LSU alumnus the best player in the whole damn draft. Yet, he hasn’t played an entire season since then. More recently, he was beset by a Lisfranc injury, temporarily dampening his draft stock.

Then, though, he executed a marvelous Pro Day, shooing to the side any concerns about his latest injury. His Pro Day was so fruitful that he might now become a Top 10 prospect.

However, Kiper still insists Stingley finds a way to remain in purple and gold threads, uniting with the Vikings:

“This is a great fit for both sides. The Vikings could get a corner with an elite, All-Pro ceiling and plug a hole, while Stingley could join a team with a few other former LSU stars (Justin Jefferson, Danielle Hunter, Patrick Peterson). The worry on Stingley is that his best tape is from 2019, when he starred as a true freshman. Can he return to form in the NFL — and stay healthy? That’s a risk teams will have to consider. Still, I feel better making that bet at No. 12 than if I was picking in the top five.“

Minnesota needs cornerbacks for long-term planning, and Stingley Jr. is a conduit for the plan.

Now, the purple masses — collegiately and professionally — wait to see if Stingley falls out of the Top 10.

Tunneling to Round 2, Kiper foresees a so-far-unfamiliar pick for the Vikings — Perrion Winfrey.

Winfrey is a beast from Oklahoma — does that sound familiar, Vikings fans? — who would theoretically clog up the middle of Ed Donatell’s new 3-4 defense. Minnesota already has men like Dalvin Tomlinson, Harrison Phillips, and Armon Watts for those jobs, but the idea of adding Winfrey is about improvement.

“Winfrey is more of a classic 3-technique penetrating tackle, and he was one of the biggest risers after his performance at the Senior Bowl. Linemen couldn’t block him. He didn’t always get the chance to create havoc at Oklahoma. Winfrey could be great next to nose tackle Dalvin Tomlinson for Minnesota.”

Winfrey tabulated 40 total tackles and six sacks in two seasons with the Sooners. He’s 6’4 and 290 pounds, so a bit on the leaner side for an interior defensive lineman. Draft pundits call Winfrey a “disruptor” and “havoc-wreaker.”

Plus, he’s theorized by almost everyone to go off the board in the 2nd Round, so Kwesi Adofo-Mensah hypothetically choosing Winfrey isn’t a reach.