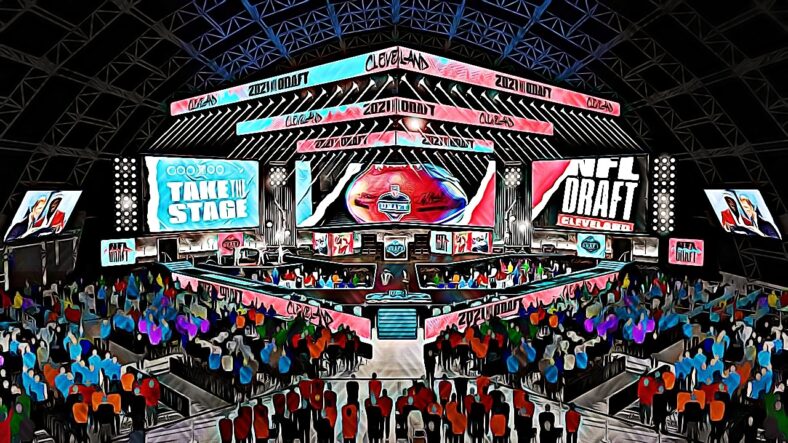 A man with receipts has weighed in on the Minnesota Vikings likely draft next selection next week. Minnesota will choose 12th on April 28th in Las Vegas unless the team trades out of the pick.

The historically-accurate draft analyst is Pete Schrager from NFL.com, and he predicted Garrett Bradbury to the Vikings in 2019 and Justin Jefferson to Minnesota in 2020. He foresaw Jaelan Phillips landing with the team last year, but former general manager Rick Spielman traded out of the pick to later acquire three other men — Christian Darrisaw (LT), Kellen Mond (QB), and Wyatt Davis (OL).

Schrager’s prediction for the Vikings in 2022? Well, if new boss Kwesi Adofo-Mensah doesn’t trade the pick — there is momentum building on that topic — he prophesies Jermaine Johnson II, an EDGE rusher, to the Vikings.

Johnson, an alumnus from Eden Prairie High School, should be in play for Minnesota. Rarely do “mock drafters” plop him in the Top 10. The other man frequently linked to the Vikings, Derek Stingley Jr., is headed for the New York Jets, according to Schrager.

Johnson spent two seasons at the University of Georgia before transferring to the Seminoles for the 2021 season. At Flordia State, Johnson tabulated 11.5 sacks in 15 games, 70 total tackles, and ACC Defensive Player of the Year honors.

On Johnson for the Vikings at #12, Schrager opined, “If [Stingley’s] off the board, look for Johnson, an Eden Prairie, Minnesota, native who’s viewed by most teams as the fourth pass rusher off the board.”

A Johnson selection would prepare the Vikings for the future while maintaining a formidable tandem of Danielle Hunter and Za’Darius Smith. Hunter will be 28 in October, and Smith turns 30 just as the regular season begins. Consider it an embarrassment of riches upfront for Minnesota’s defense, assuming Johnson lives up to his 1st-Round billing.

Moreover, Johnson could be considered an insurance policy in the Vikings defensive trenches because Hunter and Smith have missed 64% of football games combined since the start of 2020.

Will Brinson from CBS Sports theorized Johnson to Minnesota, as well, a few weeks ago.

Schrager agrees. And his resume for predicting Vikings draft outcomes is noteworthy.