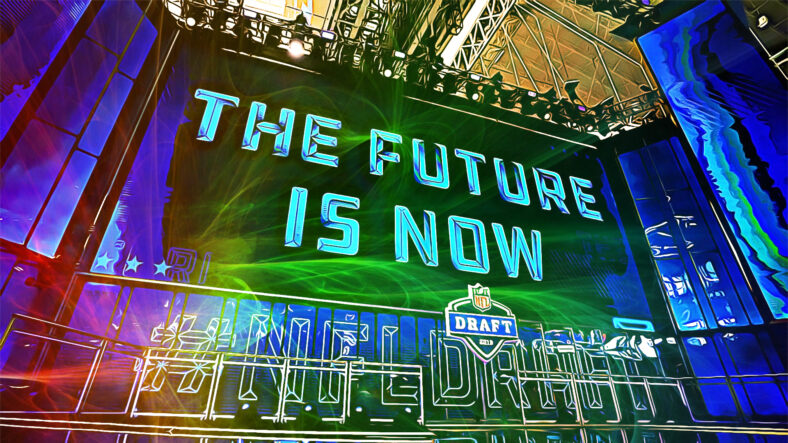 We are counting down the days until the 2022 NFL Draft, taking place this year in Las Vegas and getting underway with the first round on Thursday.

It’s he first draft of the new era in Minnesota under the leadership of new general manager Kwesi Adofo-Mensah and new head coach Kevin O’Connell. All eyes are on the new Vikings regime and how they will approach this draft.

It’s prediction time, and I’m staking my (nonexistent) reputation on Andrew Booth Jr. as the first-round pick for the Minnesota Vikings.

Why? That should be obvious.

The Vikings desperately need a star cornerback who can lead the team into the future. The chance of either Ahmad ’Sauce’ Gardner or Derek Stingley Jr. on the board when the Vikings are on the clock seems zero. It’s not even certain that Trent McDuffie will make it that far. Andrew Booth Jr. is the best cornerback that will definitely be in reach for the Vikings.

The when is the more intriguing part. I think Booth is a player worth taking with the 12th overall pick, but for whatever reason, a once consensus top 10 player, his draft stock tumbled. It seems now that the Vikings should be able to pick him up after trading back into the late teens or early twenties.

Of course, that means finding a trade partner, which might not be easy. The consensus is that this year’s draft is superstar light and depth heavy, meaning there seems to be more appetite to trade down than there is to trade up, which is bad news for the Vikings. The hope will be that there is a player on the board at 12 that another team really wants and is willing to come up for. Unfortunately, it doesn’t feel like a market for the Vikings to receive a massive haul. An addition or two on Day 2 of the draft seems most likely.

If they move down and get Andrew Booth, it will be a worthwhile deal. As I said, I would be willing to take him at 12. He has everything a cornerback needs to be an impact starter in the National Football League, offering an exciting blend of size, athleticism, instincts, physicality, ball skills, and competitive toughness. He will compete with Cameron Dantzler for a starting outside corner role, as well as learn from a top veteran cornerback in Patrick Peterson.

Booth can match up with anybody on the outside while also showcasing the speed and run tackling ability to play in the slot if required early in his career. By as early as next season, he can be CB1 on the Minnesota Vikings depth chart. It will require some improvement in certain areas, like his tackling and playing zone coverage. With Patrick Peterson, Cameron Dantzler, and Chandon Sullivan viable starting options, Booth will have time on his side to develop into the star cornerback I believe he can be.