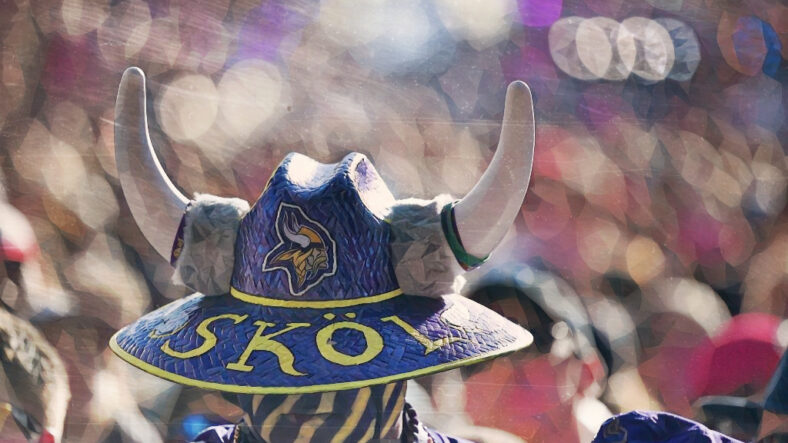 The 2022 NFL Draft will be the first one for the Vikings without Rick Spielman associated since 2006.

These are five VikingsTerritory draft predictions, encompassing all three days of the festivities.

1. Adofo-Mensah Chooses a CB or Safety with 1st Pick

The Vikings will choose a cornerback with their first pick — or Kyle Hamilton if he tumbles to the 12th hole. Hamilton probably won’t happen, so circle the acronym CB in your brain.

Adofo-Mensah won’t select a corner because it’s a roster need. He will find one with the first pick because a CB will marry the best player available philosophy with the long-term roster need — which is, of course, ideal in an NFL draft.

If Derek Stingley Jr. falls to the Vikings, he will be the guy. Should that not occur, Minnesota will trade down and still snag Trent McDuffie or Andrew Booth Jr.

But it’ll be a defensive secondary playmaker to kick off the purple event.

2. Multiple Trades Occur During the Event

For a brand new general manager with an economics and Wall Street background, trading down should have kid in candy store vibes. A few teams will be hungry for the 12th pick — and subsequent Vikings picks thereafter — so Adofo-Mensah will play that trade fiddle all weekend.

Minnesota is a trade magnet on Thursday and Friday, bolstering roster depth and long-term legitimacy with ample rookie faces rather than just one or two.

All told, the Vikings execute multiple trades — and not simply to accumulate 6th and 7th Rounders like Spielman.

New head coach Kevin O’Connell should just adore his offensive depth chart. He has playmakers galore, especially for a first-year skipper with an offense-first pedigree.

Conversely, multiple spots on defense are “one injury away” from sorrow. Imagine if Patrick Peterson or Eric Kendricks were lost for the season during training camp. We call that panic.

At least three of the Vikings first four selections will be defenders — like CBs, LBs, EDGEs, or a safety.

4. Cousins Gets at Least One More Notable Playmaker

Of course, O’Connell needs something to show he’s “in the room.”

The 2nd Round is a wonderful place to draft wide receivers, so keep an eye on that Friday. Otherwise, the Vikings could finagle the board in Round 3 for tight end Trey McBride, considered the best TE in this class.

It’s not a bold prediction to type “the Vikings will draft an offensive player.” However, when the event is over, Adofo-Mensah will have drafted at least one offensive playmaker that fans classify as an immediate weapon.

5. No QBs Are Chosen

Kirk Cousins, Kellen Mond, and Sean Mannion — that may not excite you, but it is a full room.

The Vikings re-upped with Cousins for an extra season, keeping white horns on his helmet through the end of 2023. If the 2022 season goes pear-shaped to the tune of 8-9 again, Adofo-Mensah will draft his rookie quarterback next April, not now.

Minnesota will not select a quarterback this go-round. If they do, it will signal Mond as a lost cause.