Vikings Bitten by Dubious Sportsbook Odds after Round 1 of Draft 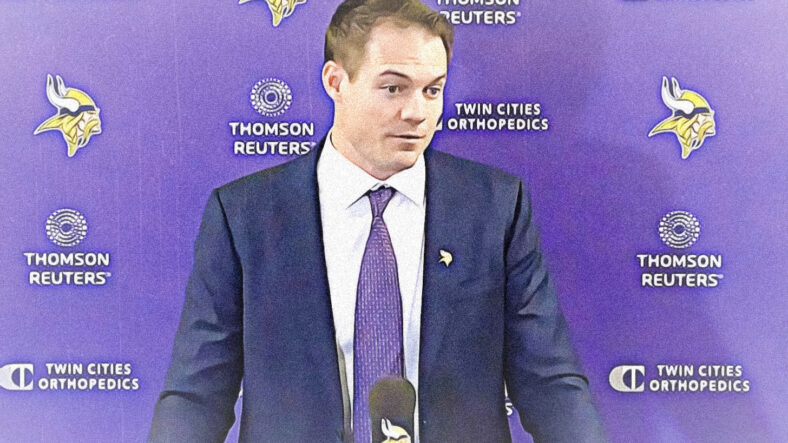 One team’s Super Bowl odds for the 2022 season dipped on the first night of the NFL Draft.

That was the Minnesota Vikings.

According to oddsmakers, the Vikings got worse on Thursday night, whereas the quasi-rival Eagles leapfrogged the league for Super Bowl forecast movement.

Well, Minnesota pulled off a disputatious trade with the Detroit Lions, sending the 12th and 46th overall picks to Michigan for the 32nd, 34th, and 66th picks.

The trade was not revered by Vikings fans.

Minnesota had leverage with the 12th pick, usually a situation where the seller bullies. But Kwesi Adofo-Mensah did not bully Detroit, instead executing a “fair” trade that evened out per various trade calculators.

The old draft-trade calculators infer that Detroit was smarter. The new-age metrics point to the Vikings as the subtle fleecer.

Regardless, sportsbooks were unimpressed, making the Vikings even longer shots to win Super Bowl LVII in Glendale, Arizona. Of course, these odds can re-fluctuate on Friday or Saturday if Minnesota does something noteworthy in the draft or trades for a blue-chip player. For now, though, the Vikings sizzle faded.

Before Thursday, Vegas pegged the Vikings as the 18th-most likely team to win the championship in 2022, but the shift to +4500 knocks Kevin O’Connell’s team to the 21st-or-so hole. The Vikings now share similar Super Bowl odds with the Las Vegas Raiders.

The draft resumes on Friday night, and Adofo-Mensah is slated to pick three more times — even holding the second pick of the night.

The aftermath of night #1 for the Vikings was marred by outrage over the Lions trade, kudos for selecting Georgia safety Lewis Cine, and a Friday fascination with Minnesota possibly selecting quarterback Malik Willis in Round 2.

The Vikings have +350 odds to draft Willis, a popular and lovable prospect from Liberty.