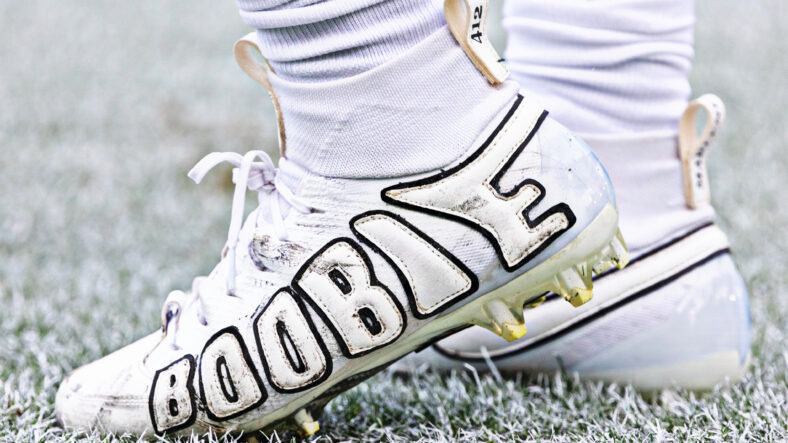 Nicknamed Boobie, Philadelphia Eagles running back Miles Sanders has a vainglorious opinion of his team in 2022.

Sanders told CBS Sports last week that the Eagles are progressing nicely this summer and may even teeter on “all-star” team status. The 25-year-old explained, “Oh man. We all feel like we’re on an all-star team, so we feel great. We feel unstoppable, I’m not gonna lie. The vibes are great, always have been. Nick Sirianni is doing a great job just keeping the vibes right — the chemistry good. We compete a lot in practice. But we’ve gotta see. It’s gonna come down to camp, taking it day by day, putting everything together.”

The Eagles unexpectedly reached the postseason in 2021, coming up short in the Wildcard Round against Tom Brady and the Buccaneers, 31-15. They were led by first-year head coach Nick Sirianni and second-year passer Jalen Hurts. Along the way, Sanders registered 912 yards from scrimmage.

Sanders and his gang of impending all-stars will host the Minnesota Vikings on Monday Night Football in Week 2. Minnesota has dropped Philadephia twice in a row, once in the 2018 season and the year after in 2019.

Sanders’ “unstoppable all-star team” remarks mirror those made by former Eagles quarterback Michael Vick eleven years ago. In July of 2011, Vick prophesied the Eagles as a “dream team,” later walked back the verbiage while insisting a “dynasty” was still possible, and left the team after the 2013 season without a playoff win.

Philadelphia and Minnesota haven’t met for Monday Night Football since the 2004 season, when the Vikings lost to the Eagles 27-16 in Week 2 at Lincoln Financial Field. They did play on a Tuesday, though, in 2010 when a storm threatened Philadelphia with a foot of snow. The Joe Webb-led Vikings outlasted the Eagles 24-14 on December 28, 2010. The Eagles were a 10-4 football at the time, whereas the Vikings were sputtering at 6-8 and winding down the Brett Favre era.

During this season’s game, Minnesota will face former Vikings Anthony Harris and Marcus Epps, who now play for the Eagles.

The Eagles are early favorites by two points. Both teams are slated by oddsmakers to win 8.5 games in 2022.