Vikings Must Keep an Eye on Emergent Foe 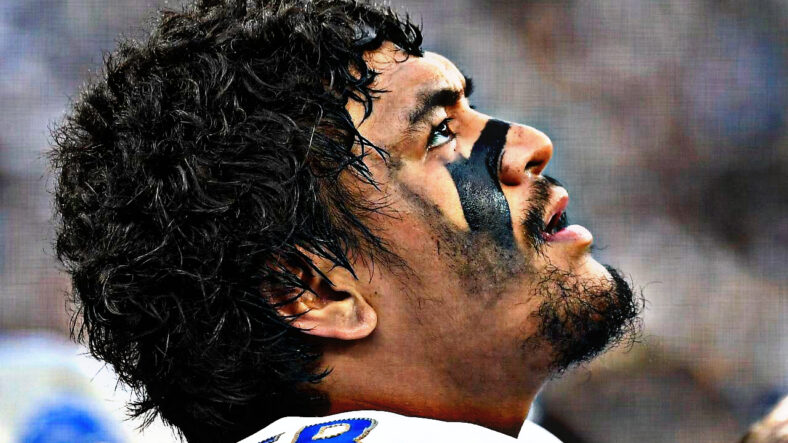 For 12 straight seasons, the Cleveland Browns were “the Browns,” a pejorative noun and adjective in sports. The futility lasted from 2008 to 2019 and off and on before 2008, too.

Suddenly, in 2020, the Browns shed the guaranteed-doldrums label, reaching the playoffs and toppling the divisional foe Pittsburgh Steelers.

Sooner than later, this will occurs for a rival of the Minnesota Vikings — the Detroit Lions.

The Lions are skippered by new leadership, aren’t drafting stupidly, and seem to be quietly assembling an eyebrow-raising roster. This is how it starts for a bottom-feeding team seeing the light. Baby steps begin, new voices takeover, and eventually, one man will become the face of operations.

In all likelihood, the new face will probably be the quarterback after Jared Goff, an unknown personality for now. Goff earns a lot of money, and Detroit is content paying him. The franchise cut ties with longtime passer Matthew Stafford 19 months ago, and all he did was win a Super Bowl after escaping the Motor City. Regardless, Goff isn’t the future unless he abruptly begins channeling 2018 energy again.

When the new quarterback takes over — likely in 2023 or 2024 — he will inherit a roster that is gradually evolving in a positive way. For example, glance at the team’s WR corps from 2021:

Those were the headliners to start the 2021 season. Thankfully for the Lions, Amon-Ra St. Brown blossomed as a dazzling playmaker.

And those are the new headliners. Of course, there is more to a football team than a handful of wideouts, but this is emblematic of the whole depth chart.

These are applaudable trenches — for “the Lions” or any team.

Plus, Detriot is hungry. It took on the identity of head coach Dan Campbell — who can be a little weird — fancying toughness, grit, and spunk. The Lions are no longer content with doormat status.

You, the Vikings fan, might recall Detroit’s ability to upend Minnesota in Week 13 at Ford Field. The Vikings defense collapsed down the stretch — a 2021 theme, to be sure — and the Lions essentially cost the Vikings a playoff spot after the math was sorted out in early January.

More of these instances will take place as the Lions develop. They may not barnstorm the league in 2022, but they’re coming. Their roster suggests so.

This time around, unlike the 2009-ish era, Detroit will build a team around Goff’s successor — not merely choosing a Stafford and saying “figure it out.”

They’ve learned their lesson, and it’s evident in current roster-building.