Vikings Are Back at TCO Performance Center 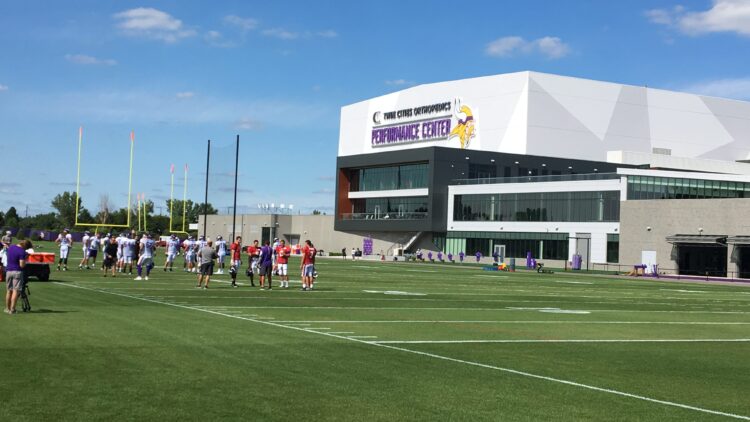 Oh yeah! The Vikings are back at TCO Performance Center, and things couldn’t be better. Alright, it’s April, and we haven’t even gotten through the draft yet. However, with the Vikings back in an official team capacity, I’m thinking about September.

As of April 4th, any NFL team with a new head coach could begin their offseason programs, including the newly hired Kevin O’Connell. Although, Kevin O’Connell elected to start on April 11th. It’s not clear why they waited a week or if that will impact the implementation of the new systems. However, it seems unlikely that it will.

Nonetheless, the Vikings officially began their offseason program. There is not much for fans to be excited about here. We won’t get to see the team practice, nor will there be any significant reports.

Typically, these first couple of weeks before the draft are “briefing days,” so to speak. The new coaching staff will get acquainted with all the players. Additionally, the new systems will be implemented, and players will likely get their playbooks to begin studying.

Vikings’ New Head Coach is First in the Building

Kevin O’Connell was wasting no time today. It was reported that he was in TCO at 5:30 am preparing for the day. If he is anything like most of, he was probably nervous and couldn’t sleep in anticipation of this day. After all, today was the first day Kevin O’Connell could officially address the team.

The Vikings Team Reporter, Eric Smith, reported that there was no one else at TCO until 6:30 am. So, O’Connell had plenty of time to soak up the moment. However, the team began to show up, and now it’s time to prepare for the 2022 season.

The most exciting part about the day was the number of key players that arrived for the first day of the offseason program. Technically, this portion of the season is all voluntary. Although, that didn’t stop many of the veterans from showing up to get to work.

Among those who arrived to partake in voluntary workouts were:

For a group of veterans who are under no obligation to show up, this is a heck of a turnout. All reports indicated that the excitement and energy levels were high. This Vikings team, fresh off a leadership change, is ready to embrace all that is new.

There are a couple of key deadlines before the draft to watch. These include: