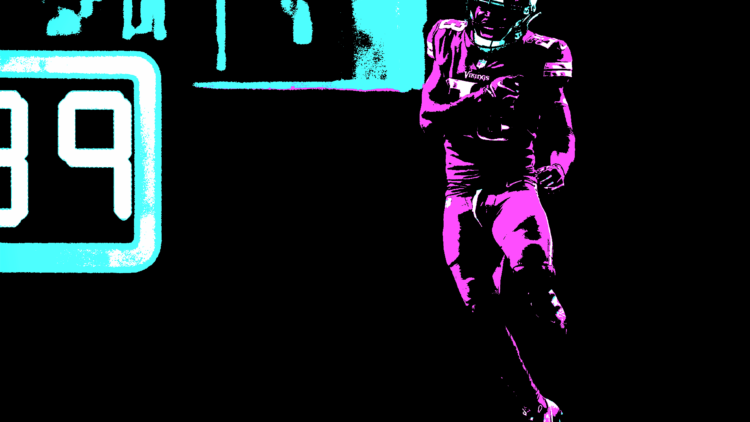 The 2021 Minnesota Vikings weren’t highlighted by much positivity — aside from Justin Jefferson’s affirmation as a star, the ascension to left tackle of rookie Christian Darrisaw, and a commitment to change in leadership on Black Monday — but a little known fact is visible in the after-season numbers.

Somehow, safety Xavier Woods played more snaps than any other Vikings player in 2021. He played on 1208 defensive snaps, accounting for 100% of the time on defense. To be fair, Ezra Cleveland and Brian O’Neill were in the game for every offensive snap, but Minnesota was on the field more defensively than offensively — probably why the franchise ended 2021 with a losing record.

And Woods was responsible for a relatively good season at safety. He tallied 108 total tackles, 10 passes defended, three interceptions, two forced fumbles, and a 66.7 grade from Pro Football Focus. Among all safties, Woods’ PFF score ranked 39th in the NFL, just ahead of the “Honey Badger” Tyrann Mathieu from the Kansas City Chiefs.

Woods was the NFL’s third-best safety in run defense per PFF, trailing only Jimmie Ward from the San Francisco 49ers and Marcus Epps (who was drafted by the Vikings) with the Philadelphia Eagles in the metric. His grade was dragged down by suspect pass coverage, scoring a 58.3 — 0.1 points below his predecessor Anthony Harris, who played for the Eagles this season.

During an offseason upcoming stuffed full with expected changes, Woods is a free agent. He played on a one-year, $1.75 million contract in 2021 and will be a free agent in a couple of months. It is unclear if the new general manager will retain Woods or hand the job to Camryn Bynum, a rookie who made the best of his opportunity when Harrison Smith missed gametime in 2021.

Woods will be 27 this summer, and his 17 starts this season were the first time in his career he started every game. Drafted by the Dallas Cowboys in the same cycle as the Vikings found Dalvin Cook, the 6th-Rounder for Lousiana Tech received a full audition in Minnesota, experiencing more playing time than anyone. His three picks this season were a career-high.

After failing to reach the postseason, Woods said about his first season with the Vikings, “I had my ups and my downs, but I just wanted to win and make the playoffs but we didn’t do that. So I consider it a fail.”

No other Vikings defender started all 17 games.