Should Vikings Target a Defensive End in Round 2? 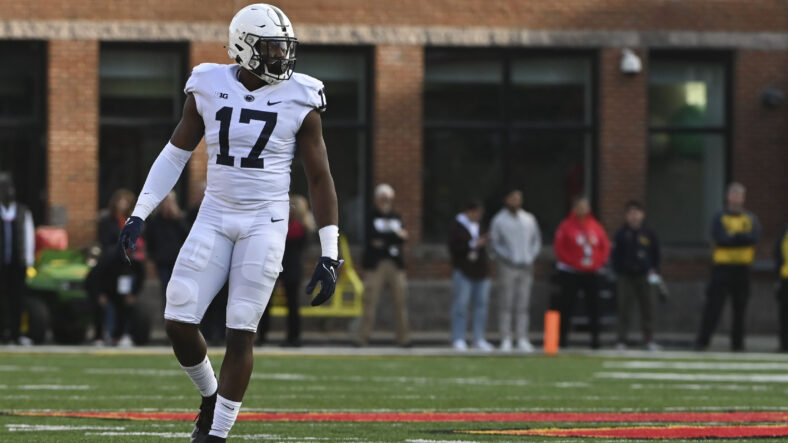 A defensive end doesn’t really feel like a need at this point, especially after the addition of Za’Darius Smith. However, as we have seen over the last couple of years, depth is crucial.

Over the last two years, the Vikings have been without an elite pass rusher for the entire season. Danielle Hunter missed all of 2020 with a neck injury. Then he missed the last 10 games in 2021 due to a torn pectoral muscle.

Of course, this inevitably led the Vikings to make some rash decisions. For starters, they traded a second-round pick for Yannick Ngakoue in 2020, which turned out poorly. Then in 2021, they essentially played defense with a bunch of backups and rookies at edge rusher.

All of this led to some of the worst pass rush win rates of the Mike Zimmer era. In fact, the 2021 Vikings ranked 29th as a team, even though they had 51 sacks, which ranked 2nd in the NFL.

This brings us to a good question. What is more important, sacks or pass rush win rate?

Even if you don’t get the sack, getting to the quarterback quickly is just as impactful. The quicker you get to the quarterback, the more likely a checkdown is forced. This is why the pass rush win rate is more important.

The faster you get to the quarterback, the more likely you will disrupt what the offense wants to do. So, when we are talking about drafting a defensive end in the second round, we should be looking at how frequently they “win.”

This is where things get interesting in evaluations. It seems likely that the three of the best defensive ends will be taken in the top 10. This includes Aiden Hutchinson, Kayvon Thibodeaux, and Travon Walker.

However, none of these three are the best at “winning” in the pass rush, particularly on 3rd down when a team is likely to pass. Oh no. That honor goes to a man named Arnold Ebiketie.

Mel Kiper recently selected Ebiketie as his favorite defensive end in the 2022 draft. This makes me curious why so many experts have him falling to the second round. Although, it seems unlikely that he is there at 46th overall.

However, if the Vikings trade down in the first round, they could be in a position to trade up to snag him in the early second round.

Either way, there is a good chance that the Vikings will target a defensive end in the second round. Hopefully, it is someone capable of winning in the pass rush. We Vikings fans have suffered long enough with bottom-tier defensive line play.