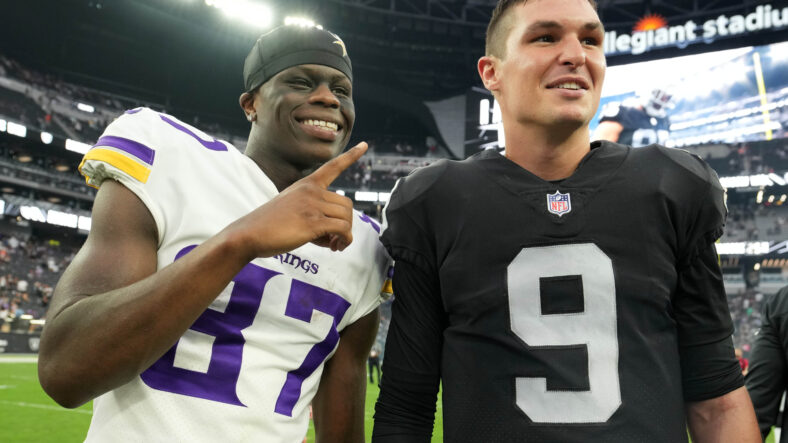 1 – The Vikings sat quarterback Nick Mullens on Saturday night at Denver, and PPTSD breaks it down.

2 – QB2 isn’t the only Vikings roster competition, according to Kyle Joudry.

3 – Peek at the 80-man depth chart before Minnesota shaves it to 53 players on Tuesday.

4 – Safety Lewis Cine isn’t likely to start Week 1, but he had one more opportunity to prove himself.

5 – Finally, on the day of the Vikings last preseason game of the year — the daily mailbag.