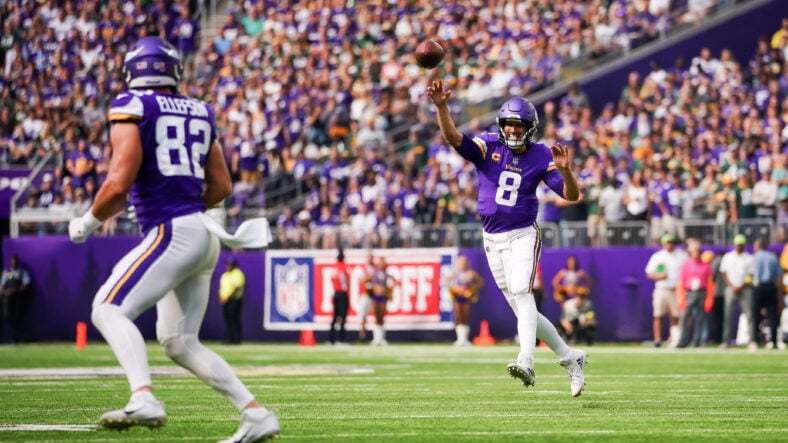 1 – The Vikings will be sans their customary TE3 on Sunday versus the Bears.

2 – LeeAnn Lowman walks through the Vikings upward offensive line trend — something you never thought you’d read in these pages.

3 – Josh Frey calls on the Vikings defensive leaders to help the unit improve.

4 – In the daily video segment, Dustin Baker lifts up eight storylines for Vikings-Bears.

The Vikings are early seven-point home favorites against the rival Chicago Bears, who lost in Week 4 at the New York Giants, 20-12. The Green Bay Packers also won in Week 4, beating the New England Patriots, but the Vikings stay on top of the NFC North thanks to tiebreakers. Minnesota is the NFC’s No. 2 seed as of October 8th.