PurplePTSD: Darrisaw Out, 2 Others In, Week 11 Misery 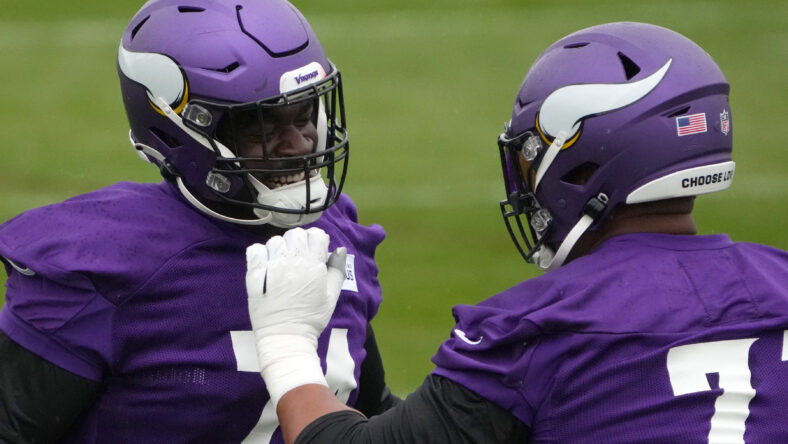 1 – Christian Darrisaw will miss Week 12 due to a concussion, and PPTSD has thoughts.

2 – While Darrisaw won’t play, two Vikings defenders are trending upward for injury recovery versus the Patriots.

3 – The Vikings trenches were outmatched, and the club lost 40-3 as a result.

4 – In the daily video segment, Dustin Baker examines the broad takeaways from MIN-DAL.

5 – And finally, an NFC North roundup.

The Packers lost again in Week 11 — a home failure against the Tennessee Titans. Their playoff hopes are all but vanquished. The Vikings are the No. 2 seed in the NFC behind the Eagles and would host a home playoff game versus the San Francisco 49ers if the playoffs started today.