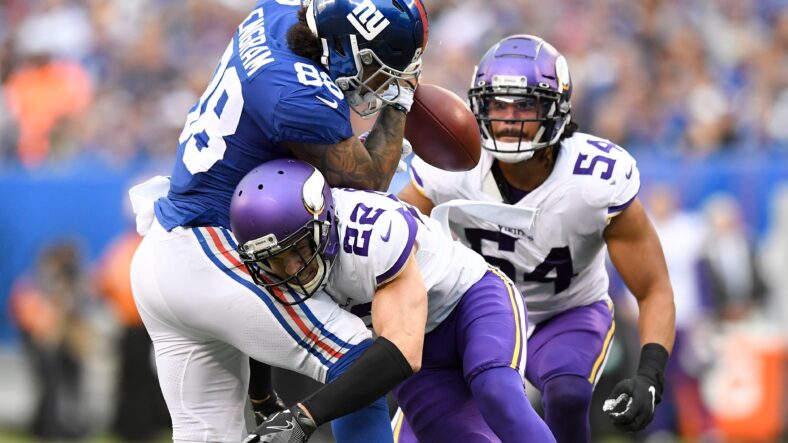 VikingsTerritory‘s Purple Rumor Mill is a two-day chronicle each week. All the week’s rumors are lassoed and plopped in two spots — articles on Saturday and Sunday — for review. Today is the May 7th edition.

Rumor: The Vikings will host the New York Giants in Week 1.

First, the rumor came from here:

One must be careful with accounts like these. However, the substantiation on the Vikings-Giants in Week 1 rumor seems to be there. We believe this one will come to fruition.

Yet, our “this is probably right” feeling is based on a 60/40 vibe from sources. So, then what? The Vikings will most likely host the Giants on September 11th.

Rumor: Minnesota will have an early bye week because of the London game in Week 4.

The Vikings are extremely likely to have a Week 5 bye week, as 21 of the last 22 NFL teams to play in London had a bye week immediately after their journey across the Atlantic.

The lone exception was last year when the Dolphins, upon returning from England, had a bye week later in the season.

If you’re calculating bye weeks, it’s a semi-safe bet to pencil in the Vikings for Week 5.

Rumor: JC Tretter will eventually sign with the 2022 Vikings

JC Tretter’s father, Joe, has been engaging Vikings fans like a fiend on Twitter, fueling the fire his son will join the purple team. Yes, even the “Twitter likes.”

If Tretter is healthy — there are questions about his knees — the possibility is strong he anchors the middle of the Vikings offensive line in 2022. He was coworkers with Kwesi Adofo-Mensah in Cleveland, and those ties in sports matter.

This one is not a longshot; it is a coinflip.