Harrison Smith Has Lunchpail Attitude about Hall of Fame 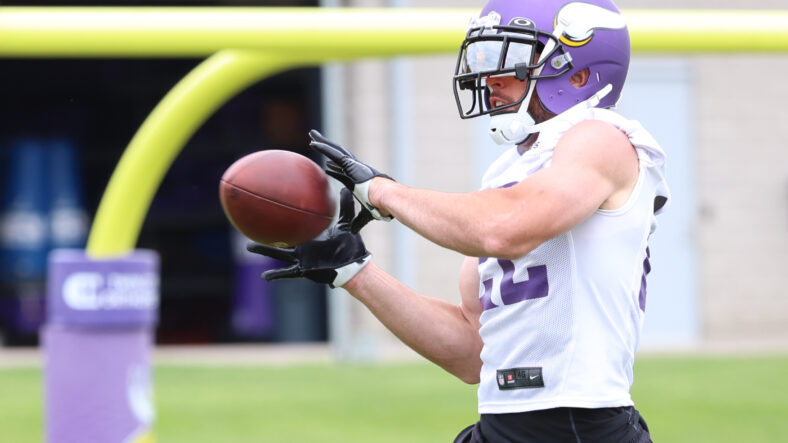 On February 1st, 2020, former Pittsburgh Steelers safety Troy Polamalu was inducted into the Pro Football Hall of Fame after an illustrious NFL career.

And if he’s a modern safety standard-bearer for Hall of Fame induction, Minnesota Vikings safety Harrison Smith isn’t far off Polamalu’s pace from a statistical standpoint. Through 145 games played (Smith’s current total), here’s how the numbers stack up:

Through first 145 games of career:

While Smith is conscious of the Hall of Fame debate surrounding his career, he’s not hellbent on entry. Speaking to Vikings Circle, a YouTube show, Smith said last week, “I could probably make a case for it, but I’ve always been a guy that just likes to play. People want to rank me somewhere or put me in this list or whatever — that’s cool, and I appreciate that. I don’t take that stuff for granted.”

Others, like Justin Jefferson — in the same week — made the Hall of Fame an expressed career goal.

So, while Smith won’t object to a Hall of Fame nod down the road, his downplaying of the accolade reflects a lunchpail attitude toward football, one he’s shown with the Vikings for a decade.

Smith isn’t a shoo-in for Canton heading into Year 11. Because of the aforementioned lunchpail persona, he’s not a self-promoter and often flies under the national radar for recognition. On the other hand, Polamalu had the performance– it was legendary — the hair, and the Super Bowl trophy. Smith has one of those — the first one.

The Vikings can do Smith a favor and win a Super Bowl before he retires. That would likely seal the deal for Smith’s Hall of Fame resume. Otherwise, Smith will have to latch onto a contender sometime soon or merely hope and pray the HOF voters do him right when his name enters the hopper.

But left up to Smith individually, he doesn’t really care about the Hall of Fame for validation.