CB Prospect Is a Perfect Fit for Vikings 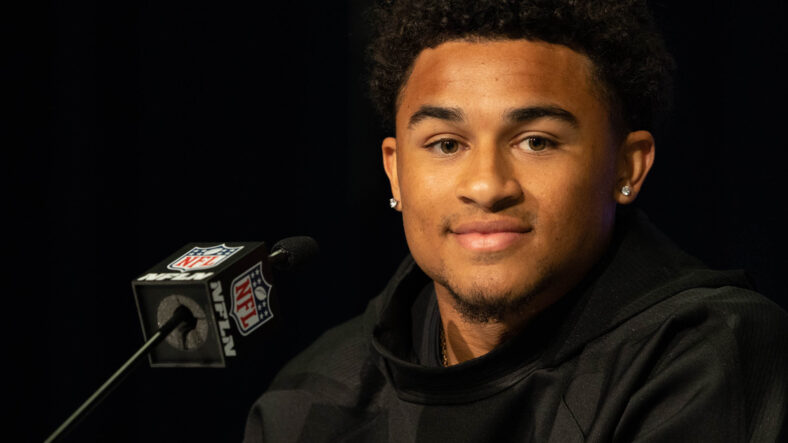 The Vikings cornerback room is getting more crowded after the signings of a few free agents in recent weeks. Just three weeks ago, Cameron Dantzler was the only acceptable starter on the roster.

The biggest name of the new acquisitions is the member of the 2021 Vikings secondary, Patrick Peterson. The 32-year-old veteran accepted a new one-year contract worth $4 million. PFF graded him as an average cornerback in the league in 2021. The eight-time pro bowler received a grade of 63, which was good enough for 56th of 116 eligible players at the position. He has proven to be serviceable, but given his age, he can’t be the long-term solution.

In addition to Peterson, the Vikings signed two slot cornerbacks: Chandon Sullivan and Nate Hairston. The latter played for new defensive coordinator Ed Donatell in Denver. He signed a 1 year $1,060,000 contract. The former Packer Sullivan agreed to a one-year, $1,750,000 deal. Both have shown in the past to be solid slot cornerbacks.

Since all three players are under contract for just one season, General Manager Kwesi Adofo-Mensah has to look for possible replacements and long-term solutions in the draft.

The 2022 draft is a good one to need a cornerback. Cincinnati’s Ahmad ‘Sauce’ Gardner and LSU’s Derek Stingley Jr. are in the conversation to be the first cornerback selected. Trent McDuffie (Washington), Andrew Booth Jr. (Clemson), and Kaiir Elam (Florida) all get some first-round buzz.

PFF’s Anthony Treash issued an article about the best fits of the top cornerbacks. One of the previously mentioned defensive backs is considered a perfect fit for the Vikings’ defense.

“New defensive coordinator Ed Donatell, who has spent the last decade with former Denver Broncos head coach Vic Fangio, will likely be bringing a Fangio-esque scheme to Minnesota. They will need heady corners who can handle their off-zone coverages and hold their own in man when they change post-snapThe 5-foot-11, 193-pound cornerback boasts plus awareness, athleticism, and physicality, and he would fit like a glove in this kind of system. He posted an 80.0-plus PFF grade as a true freshman, sophomore, and junior with the Huskies and allowed just 111 yards across 296 coverage snaps in 2021.”

Anthony Treash, PFF, about the fit of Trent McDuffie on the Minnesota Vikings

Trent McDuffie is a special athlete. His speed and agility are on an elite level, and he uses his athleticism to disallow any separation between himself and the receiver. In addition to that, the prospect is great in man and zone coverage. Therefore, he can play in any scheme but seems to be an even better fit for the Vikings.

The former Washington Husky is +1200 to be the first CB off the board. In mock drafts, McDuffie is a frequent selection of the Minnesota Vikings with the 12th overall pick.