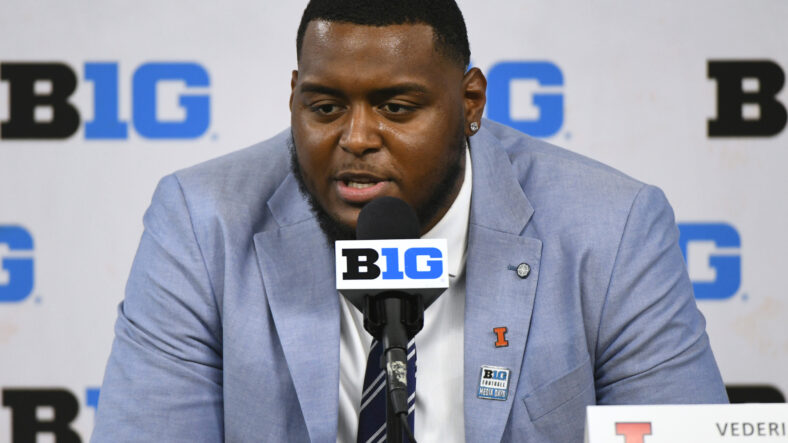 This is Episode 64 of VikesNow, a YouTube channel devoted to daily Minnesota Vikings analysis. This episode features a chat with Vikings rookie Vederian Lowe, along with former Viking Bryant McKinnie, from the Bleav in Vikings podcast.

Particularly, Lowe’s first few weeks with the team are discussed. Lowe joins the show around the 24-minute mark.