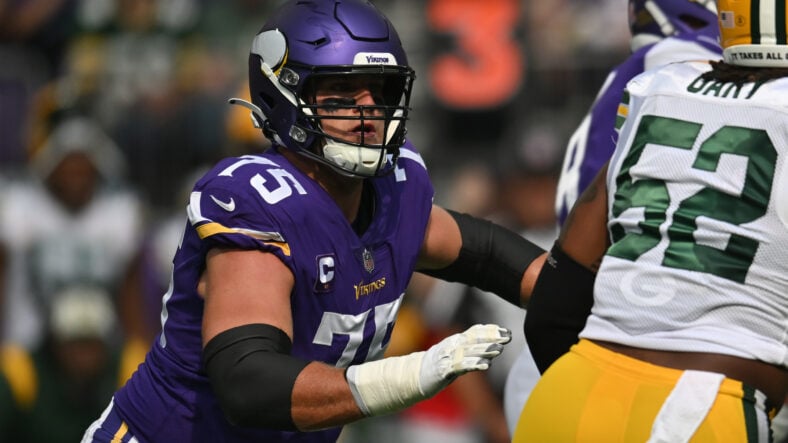 The following is news applicable to the Minnesota Vikings on September 27, 2022 — via tweet. This is updated throughout the day.

Here’s Paul Allen’s call of the game-winning touchdown. K.J. Osborn likes to hear the voice of the Vikings.

This is how the field in London is getting prepared for the Vikings game next Sunday. The soccer grass is getting removed and turf is installed.

The Vikings also played the first ever NFL game in London. It was a preseason game in 1983.

VikeFans has highlights from the last Vikings game in London as well. Adam Thielen had an iconic celebration.

Good news from Andrew Booth. The rookie is expected to return to practice this week.

Right tackle Brian O’Neill has been elite so far. The 2021 Pro Bowler is one of the best offensive tackles in the game and his pass protection is phenomenal.

Rookie cornerback Akayleb Evans is excited to travel to London. It’s his first trip outside of the United States.

On this day 62 years ago, the Minnesota Vikings got their name.