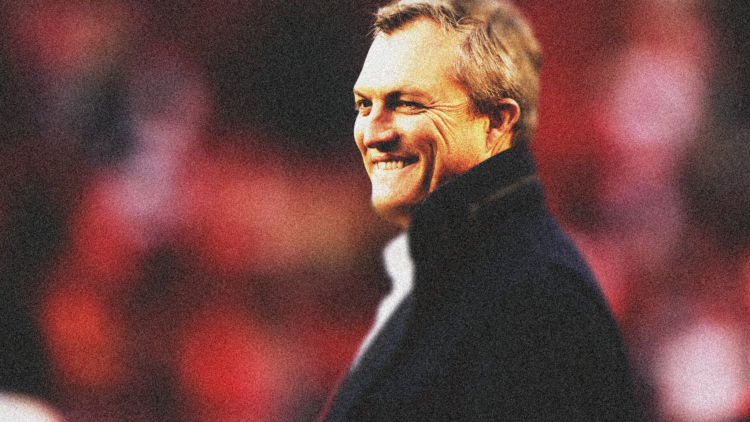 The new purple and gold bossman was reared in the San Francisco 49ers tree of leadership – a gang that effectuated two Super Bowl appearances in the last 10 years – and a keynote member of the 49ers is all-in on the Vikings decision.

That’s hard-hitting-safety-turned-GM John Lynch. The 49ers general manager worked with Adofo-Mensah for a few seasons in San Francisco, and Lynch was evidently incredibly impressed. Lynch said this about the Vikings hire:

Lynch is respected leaguewide, earning the award for Executive of the Year in 2019 from Pro Football Writers of America. And according to the statement above, Adofo-Mensah wasn’t too excited to see the young executive venture to Cleveland.

And that’s what Adofo-Mensah absolutely has to fix.

Talented rosters have followed the 40-year-old Adofo-Mensah with the 49ers and Browns, and conventional logic suggests he had something to do with it. The Browns were the comedy show of the NFL for two decades. But during Adofo-Mensah’s tenure, Cleveland built one of the best rosters in football. With John Lynch and Kyle Shanahan in San Francisco, the same reputation exists. In both places, the leadership regimes cultivate sturdy pass-protecting offensive lines – which the Vikings desperately covet.

Minnesota now has youth, diversity, and an embrace of analytics (research and development, as Adofo-Mensah calls it) in its kitchen cupboard. For the most part, those traits did not exist in the front office three weeks ago.

Adofo-Mensah’s first task – and it’s a mammoth one – is selecting a head coach. According to most theories, the race is down to Raheem Morris (Rams), Kevin O’Connell (Rams), DeMeco Ryans (49ers), and Mike McDaniel (49ers). Although, O’Connell and McDaniel have not been formally interviewed by Minnesota.

Perhaps Adofo-Mensah will poach more of Lynch’s guys. If he’s as brilliant as Lynch touts, that might be a good idea.