Where the Vikings Stand in ESPN’s Post-FA Pecking Order 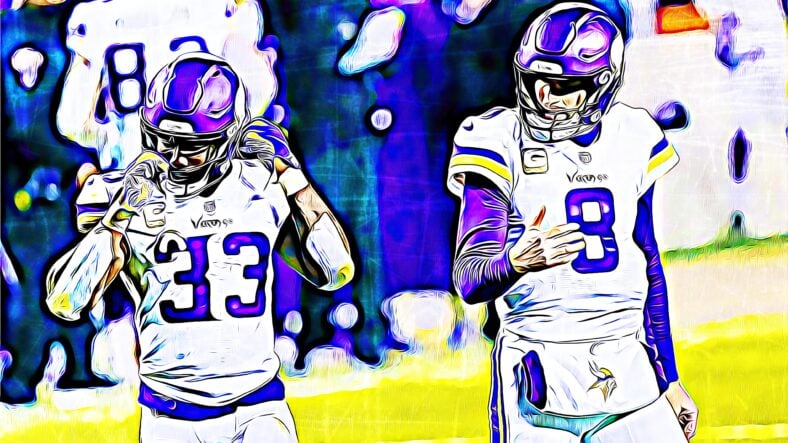 Two and a half weeks of free agency are in the rearview, and the Minnesota Vikings have added Za’Darius Smith, Jordan Hicks, Harrison Phillips, and Jesse Davis, extending quarterback Kirk Cousins along the way.

That did not move the needle for ESPN, which released post-free-agency power rankings on Monday. Leading the pack were the Buffalo Bills, the team knocked out of the Divisional Round of the 2021 Playoffs by the Kansas City Chiefs, their new nemesis. Down at the bottom lives the Houston Texans, a franchise seemingly embarking on the 2022 regular season with Davis Mills at the helm.

And then the Vikings were classified as 12th-worst. Before free agency, Minnesota was ranked 20th in ESPN power rankings, falling one spot because of defensive personnel departures.

Kevin Seifert explained the Vikings standing at #21 in the league:

“At the moment, the Vikings are essentially down three starters from 2021. Cornerback Patrick Peterson and nickelback Mackensie Alexander are free agents, and safety Xavier Woods signed with the Panthers in free agency. It’s possible the Vikings will promote backup safety Camryn Bynum into a more prominent role, but they’ll also have to take into account that safety Harrison Smith is 33. The team hasn’t made a prominent addition to the secondary during free agency and will need to find more help in the draft.”

For perspective, the Vikings are considered bedfellows with the Pittsburgh Steelers (#20) and New Orleans Saints (#22).

Indeed, the Vikings must bolster the secondary between now and September. So far in free agency, Kwesi Adofo-Mensah has added Chandon Sullivan, Nate Hairston, and Tye Smith for cornerbacks — all solutions that cause a “nod and smile” from fans. The tea leaves indicate the Vikings will draft a cornerback like Ahmad Garnder or Derek Stingley Jr. in the 1st Round of the draft.

If the choice is not a Garnder or Stingley Jr. — or a player like Stephen Gilmore or Joe Haden is not signed via free agency — then the Vikings would be in grave trouble for 2022 cornerbacks. But conventional logic suggests the team isn’t done building the roster.

Interestingly, the “21st spot” in power rankings is about where media personalities placed the 2021 Vikings heading into last season. So, again, Minnesota must defy expectations — which did not occur last year, leading to Mike Zimmer’s termination.

In the rankings, the Packers checked in at sixth, the Bears at 24th, and the Lions at 31st.