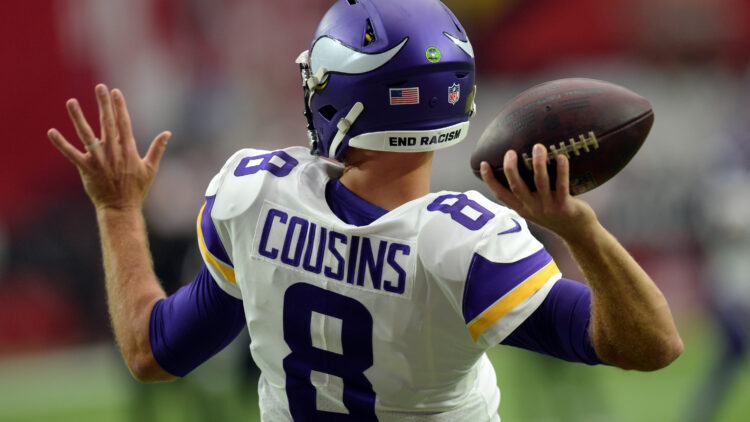 While the Vikings may have taken a week off, the weekly picks did not. Last week’s slate of seven picks went 4-3, and once again, we find ourselves treading water right at .500. With the Vikings returning to action, they will be part of the Week 8 NFL picks, but before we get into them, here’s a reminder of how Week 7’s picks went:

The Tampa Bay Buccaneers have given up 150+ rushing yards in three of the last four games, and they’ve gone 1-3 in that stretch of games with the only win coming against the Falcons while losing to the Chiefs, Kenny Pickett/Mitch Trubisky Steelers, and PJ Walker Panthers.

Meanwhile, the Ravens have eclipsed the 150 rushing yards mark in each of their last six games. It hasn’t necessarily led to wins every week, but they’ve at least surpassed 20 points in six of seven games this season. The Buccaneers have only done so three times.

The Ravens will be able to run the ball at will, and with the Buccaneers reeling, Baltimore will come out on top on Thursday night.

This game looks like the perfect storm that throws a wrench in the Vikings season. They have struggled coming off byes in recent history, Donatell defenses are unable to contain mobile QBs, and DeAndre Hopkins has a game under his belt to knock free any cobwebs.

Meanwhile, Arizona’s defense has not been nearly as bad as advertised going into the season. They’ve forced seven turnovers in the last four games. Additionally, in their five games not against the Chiefs and Saints, they’ve allowed just 19.6 points per game.

For the Vikings to win this game, they’ll need both units to come out firing on both cylinders. That said, this year has simply gone too smoothly so far for Minnesota. Something is going to give at some point, and this week could be that “trap” game.

The Seahawks absolutely nailed their 2022 Draft class, and the Giants are going to feel the full brunt of that class. Kenneth Walker has put up better rushing totals in every game so far this season, and last week he exploded for 168 yards on the ground.

The Giants are 6-1 right now, but they have one of the worst run defenses in the NFL, allowing an astounding 5.7 yards per carry. With this game in Seattle, the Seahawks fans will show up in full force, and that could disrupt the rhythm of this young Giants offense as they finally face real expectations for the first time in recent memory.

Aaron Rodgers is a double-digit underdog for the first time in his NFL career, and it’s for good reason. This Packers team has been completely out of sync through the first seven weeks of the season, particularly on the offensive side of the ball.

All that said, this is absolutely a do-or-die game for the Packers, and Aaron Rodgers in primetime is impossible to bet against with this kind of line. They likely end up losing this game, but a last-minute touchdown to backdoor cover seems plausible.

The Cincinnati Bengals are completely back on track after starting the season 0-2. They’ve won four of their last five games, and three of those wins have come by double digits. Joe Burrow has this offense rolling and is coming off a huge passing game in a blowout win against the Falcons.

Meanwhile, the Browns have floundered over the past few weeks and find themselves on a four-game losing streak. Jacoby Brissett has thrown just two touchdown passes compared to four interceptions during that stretch.

Cincinnati can solidify their status as a playoff contender with a win this week, and with the way these two teams are trending, they should get the job done on Monday night.