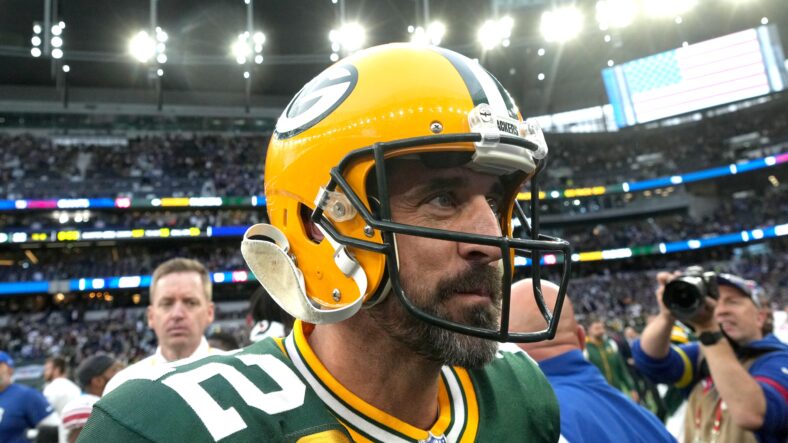 It’s no secret that the Green Bay Packers have had trouble getting their offense rolling after trading Davante Adams to the Las Vegas Raiders this spring. As someone rooting for the Minnesota Vikings to win their first NFC North title since 2017, it has been delightful to watch the downfall of Aaron Rodgers and the Packers so far this season.

It doesn’t appear help is on the way anytime soon, either. Looking at reports surrounding the potential trade targets, it seems that the Vikings rivals are unlikely to land any WR help at this year’s trade deadline.

The most impactful acquisition that the Green Bay Packers could bring aboard in the next week would undoubtedly be current Carolina Panthers receiver D.J. Moore. The talented wideout entered the 2022 season recording three consecutive 1000-yard campaigns from 2019-2021.

After Carolina fired Matt Rhule then traded both Robbie Anderson and Christian McCaffrey, it seemed that Moore would be the logical next step on the road to a rebuild. Green Bay emerged as a front-runner to acquire him in the aftermath.

However, Carolina continues to say that they will not trade Moore and deny that they are rebuilding. ESPN’s Jeremy Fowler reported that the Panthers consider the receiver a “foundational piece”, making a trade a “tough to execute”.

Another Moore that seemed like a viable option is Elijah Moore who currently plays for the New York Jets. The talented 2021 second-round pick started his career on a high note last season, recording 43 receptions, 538 receiving yards, and a five TDs.

However, Moore’s role has somewhat diminished in 2022 with the return of Corey Davis from injury and New York’s selection of Garrett Wilson with the 10th overall pick in 2022’s draft. Moore has garnered the fourth-most targets on the team this year and requested a trade earlier this week, per NFL Network’s Ian Rapoport.

Once again, the Packers came to the forefront as a logical option if Moore were to be traded. However, as the above tweet suggests, the Jets are not looking to move Moore as this is just his second NFL season. Head coach Robert Salah came forward and said so himself.

This remains the most likely option, especially if both Moores are actually off the market this year. The Pittsburgh Steelers are 2-4 and looking to revamp their team with younger players. Seeing as Claypool has not committed long-term to the team, they could try to move him now rather than lose him for nothing in free agency.

That said, reports indicate that they are looking for a Christian McCaffrey-esque deal to move their 24-year-old receiver. If Green Bay were to acquire Claypool, it would take multiple high-end draft picks. With other needs on their roster looming this offseason, it’s hard to imagine that they would move so much draft capital just to acquire someone who is yet to break 900 yards in a single season.

Nevertheless, time with Aaron Rodgers at QB is limited, so if the Packers want to go all-in with the aging quarterback, this is probably the year to do so.

Even if they did pull off a move, Green Bay has already dug themselves a multiple-game hole behind the Vikings for the division title. Time may quickly be running out to make a move that can get them out of it.