The characteristics of a “fear-based” organization… 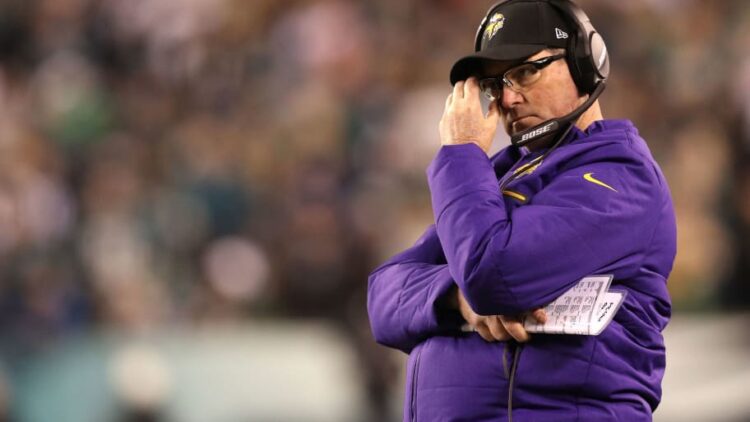 Respect is an interesting thing in the world of professional sports. For some respect is earned on the field of play. Their skills set them above others, so they earn respect. For others, it’s earned behind the scenes with things like trust and loyalty. For others it’s an authoritative asset. Commanded, demanded and expected.

For this reason, respect is not always accompanied by admiration and appreciation.

After head coach Mike Zimmer was let go on Monday morning, it quickly became clear that those who worked with him on a regular basis respected him. The organization released a statement, players spoke out and shared their thoughts and we were able to learn a bit about the relationships behind the scenes.

And then Eric Kendricks gave it a name. Joining the local media via ZOOM to discuss the ending of the season and recent changes that were made at head coach and general manager, Kendricks made a sweeping statement that simply could not be ignored.

Asked about the culture within the team of late, Kendricks said, “I don’t think a fear-based organization is the way to go.”

It’s a pretty damning statement towards the departing regime, but coming from a veteran who usually remains tight lipped on these things, it’s the closest actual glimpse into the feelings on the inside that we might get.

So what does a “fear-based organization” look like? We might have gotten a little glimpse into that as well from yesterday’s statements and interviews.

You see when someone is fired, in the days following it’s unlikely that you’ll hear those who remain torch the outgoing party. Kind words are shared, appreciation is shown, we’ve all seen it before. But then you can read between the lines and learn even more about what the situation might have looked like by changing the way you look at it. The shift in perspective is required because it doesn’t come as a direct critique of the person, but rather it’s presented as characteristics of what they’re looking for in the next coaching candidate.

Co-Owner of the team Mark Wilf joined the local media on a conference call Monday for twenty minutes. During that time he used words like “collaborator”, “communicator”, “culture” and “strong leader” nine different times when describing what they’ll be looking for in the new head coach and general managers. In fact, this was the message he came ready to share as less than one-minute into the conversation these words were spoken in the pre-prepared opening statement.

“The more we can all understand as coaches and players that we’re in this thing together, I think would go a long way in making this a better place” – Brian O’Neill

“The best coaches I’ve had are the ones that have made me a better person off the field and people that I would want to surround myself with and just consider them an ear I can talk to and get things off my chest” – Eric Kendricks.

It sounds to me that the Vikings, under previous leadership had some issues communicating and collaborating from top to bottom. And in hindsight, it shouldn’t be surprising, we’ve heard these things before.

We’ve heard that Zimmer’s approach to the players had rubbed some the wrong way in the past. We’ve seen his approach to his assistant coaches actually push some of them out the door in the past. We had heard that when it came to decisions on personnel that Spielman and Zimmer were not exactly in lock-step with everything. Rumor has it that one party was more excited about getting Kirk Cousins than the other was. Rumor also has it that there were defensive players that Zimmer NEEDED to get via draft, you know that not all parties were fully collaborating well.

We know that Mike Zimmer was all business, and sometimes the business is mean. He didn’t hide that very well.

It sounds to me like those are the sort of things that everybody is wanting to avoid the next time around. Sure it’s a bit of an idyllic desire, but that’s what you’re supposed to shoot for. If that’s the basis for the hire, if that’s what we’ll call square one, well then maybe that’s a good spot to start and evolve from.

Aj Mansour is a member of The Power Trip Morning Show on KFAN and works for iHeartMedia and the Vikings Radio Network. He’s also a senior writer for VikingsTerritory.com & KFAN.com. Be sure to follow him on social media for the latest Vikings news and big opinions – @AjKFAN