TDN Sends the Vikings a TE in Latest Mock Draft 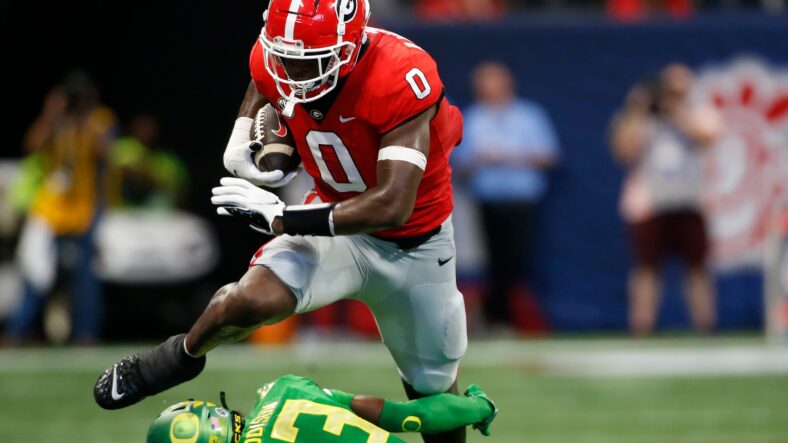 The 2023 NFL Draft is still months away, but the top prospects from the upcoming class have begun to reveal themselves and pull away from the pack. Just Monday morning, Joe Marino of The Draft Network released their third mock draft of the season, and he has a draft selection for the Vikings with the 27th overall pick. With that first rounder, Marino sends the Vikings TE Darnell Washington.

Of course, the tight end position has been one of major discussion in Vikings circles since before the 2022 regular season even began. Irv Smith Jr. came off his meniscus tear that cost him the entirety of the 2021 season, and many hoped he would blossom into a star.

No such luck has happened, and with him entering free agency at the end of the season, the Vikings opt to draft a Georgia Bulldog in the first round for the second consecutive season rather than give Smith a new deal. Here’s Marino’s write-up on the Vikings selection:

I love the idea of what a talent like Darnell Washington can mean for the Vikings’ offense. Not only is he an exceptional run blocker that can be an asset for Dalvin Cook, but he is a massive and athletic target in the passing game. His unique skill set could be an X-factor in the development of the Vikings’ offense under Kevin O’Connell.

The Georgia Bulldogs have an embarrassment of riches at the tight end position right now between Washington, Arik Gilbert, and a potentially generational talent in Brock Bowers. Because of that, Washington’s numbers don’t seem like that of a first-round pick (16 receptions, 285 yards so far in 2022).

That said, Marino may be correct in his assessment that Washington provides a valuable asset to the Vikings offense. Smith has never been much of a blocker in his NFL career, but Washington brings a ferocious attitude towards his run-blocking. It could very well open up holes for Dalvin Cook.

That said, Washington should not be mistaken as a tight end that can only be used as a sixth offensive lineman. He is agile enough to run crisp routes and brings soft hands as a receiver. Additionally, his 6’7, 265-pound frame provides an absolutely huge target for Kirk Cousins to throw to.

Washington will be a problem for anyone to handle one-on-one, especially in the red zone. With so much talk about the Vikings red zone struggles that bringing Kyle Rudolph back appears to be a real possibility, this addition makes some sense for the Vikings heading into the 2023 NFL season.

Obviously, it’s not as flashy a selection as a quarterback or wide receiver would be, but it’s undeniable that the tight end position is looking like a major need for the Vikings once again in 2023.