Kirk Kicks Off November with Revenge 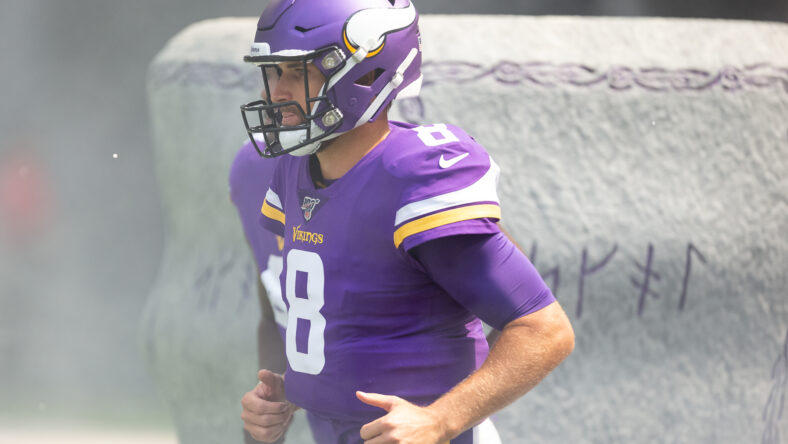 The Minnesota Vikings head to the Nation’s capital on Sunday in a matchup against the Commanders. While Daniel Snyder continues to garner headlines for all of the wrong reasons, Kirk Cousins can take some for plenty of the right ones. It’s revenge game time!

The former Michigan State quarterback was drafted by Washington in the 4th round of the 2012 NFL draft. Now a 34-year-old veteran, Kirk Cousins is one season shy of matching his six seasons with Washington as a member of the Vikings. Playing his former employer only once since switching teams, in 2019, he’ll look to improve to a perfect 2-0.

For the vast majority of his career, Cousins has been exactly as criticized, a mediocre quarterback. To suggest that as a bad thing is to paint the rest of his teammates in a bad light however.

This season, in Minnesota, he’s surrounded by playmaking talent and strong leadership on the coaching staff. During his time in Washington, there was often an expectation he could overcome the deficiencies taking the field beside him.

Although Cousins has flashed MVP ability at times, there’s no denying that at this point in his career, he’s a relatively known commodity. When boasting an offense that also employs Justin Jefferson, Adam Thielen, and Dalvin Cook, that’s hardly a bad thing. The Vikings aren’t 6-1 this season in spite or because of Cousins, but rather continue to succeed alongside him.

Plenty has changed since the 2019 matchup. Gone is the Washington nickname, and this Ron Rivera-led team is not 1-7 either. Minnesota enters as a 3.5-point favorite per online bookmaker Bovada, but the Commanders should not be seen as a doormat.

As was the situation that season, Minnesota will see a familiar face under center. Case Keenum opposed Cousins in that instance, and while Taylor Heinecke never started for Minnesota, he certainly had fans here. There was also the odd cameo in which Adrian Peterson toted the rock 14 times for Washington while facing the purple.

In a game dominated by field goals, Cook was the only player from either side to reach the end zone. Cousins went 23-of-26 for 285 yards while taking three sacks. He never completed a touchdown, but avoided turnovers as well. A reflective line of his career as a whole, he’d certainly love to put up bigger numbers this time around.

With Kevin O’Connell dialing up more dynamic plays, and the Vikings looking to help out their defense, this weekend could represent an opportunity for Cousins to exact some real revenge. 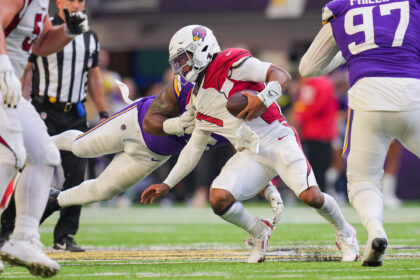