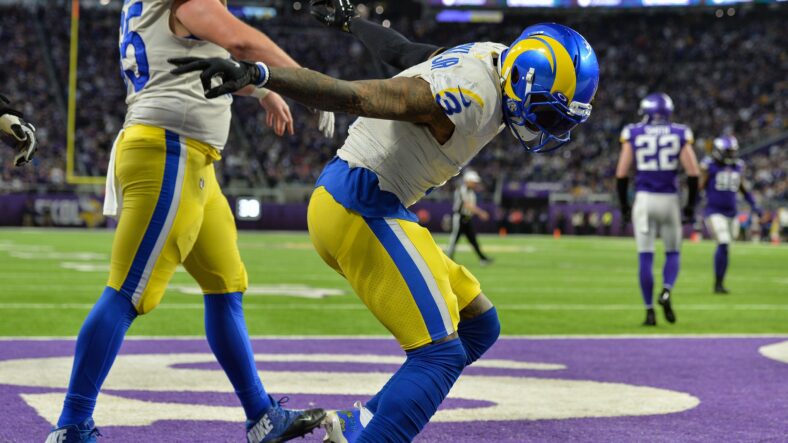 Since drafting Justin Jefferson in the 2020 NFL Draft, the Minnesota Vikings passing offense has turned into one of the more exciting groups to watch in the league. His ability to be a threat anywhere in the open field complements Adam Thielen’s surgical route running and red zone presence perfectly. Even still, some numbers have been surprisingly average for the unit. In 2020 and 2021, the Vikings offense ranked 14th and 11th in passing yards, respectively.

The 2022 season looks to be the time for Minnesota to crack into the top-10. Between the potential with Kevin O’Connell and Wes Phillips running the offense, Irv Smith’s return, and some of the best wide receiver depth in the NFL, it may be time to get the popcorn ready for this year’s version of the Vikings. That said, what if there’s still a move to be made that could make this group even better?

Currently, the Minnesota Vikings have just over $10.9 million in effective cap space, per Over the Cap. This leaves plenty of room for a couple more moves in the free agency market to improve their roster. Minnesota has gone to great lengths to improve the defensive side of the ball with signings of Za’Darius Smith, Harrison Phillips, and Jordan Hicks.

Moves regarding the offensive side of the ball have been very infrequent, though. The biggest splashes on the offense have been acquisitions of interior o-linemen Jesse Davis and Chris Reed. Either of them could end up winning the starting right guard position, but still, not nearly as flashy as the goings-on for the defense.

With that, let me throw Odell Beckham Jr.’s name into the ring of possibilities. I know; everyone reading this is having some thought with keywords like injury-prone, expensive, and dramatic. He’s been on three different teams over the past four seasons, and following another ACL injury in February’s Super Bowl, wherever he ends up will be his fourth team in five years. So why would Minnesota take a shot on this guy?

First and foremost, let’s take a look at some of the recent Super Bowl winners. If the past two years have taught us anything, teams need to be willing to take chances and go all-in if they’re going to win. Here’s a few names of veteran players who each of the last three champions brought in to help win:

Obviously, it helps when you have quarterbacks like Tom Brady and Patrick Mahomes on your side, but let’s not pretend that people thought of Matthew Stafford as one of the best QBs in the league before he got to LA and won a Super Bowl. Even then, that championship was won largely because of his defense terrorizing Joe Burrow.

If you look at each of these teams, they went all-in on veteran skill position players that all carried their own concerns going into that season. For the Vikings to win a Super Bowl, they will have to make these uncomfortable choices, and if OBJ can recover from his ACL tear, a wide receiver room of Jefferson/Thielen/OBJ/Osborn would terrorize the NFC.

Given the fact that OBJ is coming off his second ACL tear, the Vikings could probably get him on the cheaper side of things as well. The fact that no one has picked up the three-time Pro Bowler shows that interest is limited to how this recovery goes, and even then, teams will be wary.

Even if the knee injury brings concerns, there should be comfort in the fact that he’s recovered from this type of injury before. Down the stretch of the 2021 season with the Rams, he was one of the most valuable players on the roster. Throughout the four games of the 2021 playoffs, Beckham was targeted 26 times and caught 21 of them for 288 yards and a pair of TDs, including the opening touchdown of the Super Bowl.

It can’t be overlooked that Minnesota has become the landing spot for a number of former LSU players, the university that Beckham attended. In fact, he and Danielle Hunter were teammates for the Tigers, and Patrick Peterson attended LSU two years prior to Beckham’s arrival. Within the receiver room, he would be united with another former Tiger in Justin Jefferson.

Overall, if the Vikings truly want to compete for a Super Bowl in the year 2022, they need to continue making winning moves. Adding another proven receiver like OBJ, even with the injury concerns, could be the X-factor that puts them over the top. 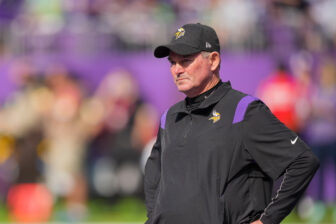 Also Read:
All the Vikings Statistical Rankings from the Mike Zimmer Era