Did Kwesi just find the next Vikings diamond in the rough? 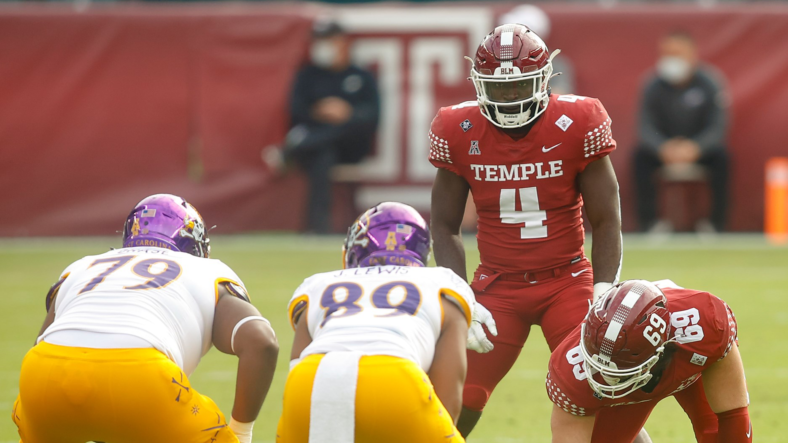 Every team dreams of finding a diamond in the rough. Whether we’re talking the back end of the NFL Draft or better yet, tapping into undrafted talent and turning them into something worthy of a long NFL career.

For the Minnesota Vikings their history of doing such things is pretty well documented, mainly because we like to talk about them…all the time. That’s not a bad thing, and I’m sure that every fanbase finds and highlights their team’s successes. Sadly for us, there’s not Lombardi’s in the trophy case yet so we hang our hat on what we can.

The Vikings history with undrafted players ranges from solid role players to short-time roster fillers and runs all the way up to the Hall of Fame.

We’re talking guys like Marcus Sherels, a pint-size dynamic punt returner and kick returner who filled in at cornerback when needed as well. In 9 seasons with the Vikings Sherels took 5 punts back to the house, the most all-time in franchise history.

Punter Chris Kluwe was also an undrafted free agent originally signed by the Seattle Seahawks before being released and signing with the Vikings as a rookie. Kluwe’s fall from grace came quickly but he played 8 seasons with the Vikings and still holds the team record for career average yards per punt.

More recently, we have wide receiver Adam Thielen, who if you haven’t heard is also a division 2 athlete who played for Mankato state…and get this…is also from Minnesota (LOL)! Eight seasons in and Thielen is still a dominant force in the Vikings passing game. Reeling in more than 700 yards and 10 touchdowns in 2021, Thielen is also the only player in NFL history to record 8 consecutive games 100+ yards to open a season. Continually undervalued, Thielen keeps producing and is expected to do so again in 2022.

And then there’s the GOAT, John Randle who finds himself residing in the Pro Football Hall of Fame. Finishing his 11 year Vikings stint with 114 sacks, six Pro Bowls and six All-Pro First Teams. His 137.5 career sacks is second all-time only to another Vikings Alan Page who finished his career with 148.5.

Now we snap back to 2022 and this year’s roster put together (primarily) by new general manager Kwesi Adofo-Mensah.

Over this last weekend the Vikings held their Rookie Mini-Camp at TCO Performance Center. The gathering is the team’s first opportunity to get hands on with their newly selected draft class but it’s also an opportunity for one final “try-out” for undrafted and unsigned players to fill in for drills and potentially open the eyes of a coach or two. This is the path that both Marcus Sherels and Adam Thielen took to get noticed, find a spot on the practice squad and then ultimately on the starting roster.

The lone player to achieve this feat in 2022 was linebacker William Kwenkeu who was signed to the team’s roster yesterday. Kwenkeu led the Temple Owls last season with 10.5 tackles for loss and finished his collegiate career with 183 tackles, 21 tackles for loss and 7 sacks.

At the moment it’s not a jaw-dropping move, and there’s no guarantee that the move will work out for either side, but given the team’s lack of depth in the linebackers room and their transition to the base 3-4, the opportunity is about as good as a rookie mini-camp signee could ask for. He’ll get an opportunity to showcase, an opportunity to serve as depth and could possibly find himself one injury away from taking the field.