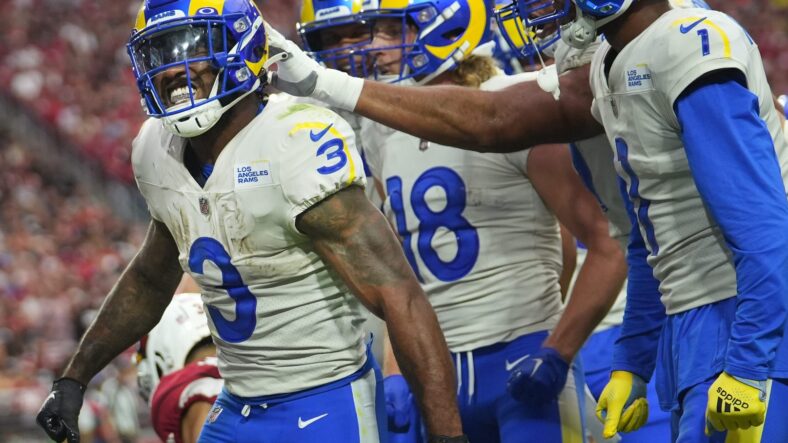 There’s been much buzz in Vikings circles and former Los Angeles Ram WR Odell Beckham Jr. It makes some sense: he and Justin Jefferson share an LSU connection, his mother grew up in Minnesota, and his former offensive coordinator is now the Vikings head coach.

The Vikings may be a longshot to acquire the star wide receiver, but it appears the Vikings are top candidates to land another Ram at the trade deadline: RB Cam Akers.

Akers has been used in a very minimal role by the Rams offense so far this season, including being a healthy scratch in Week 6. So far in 2022, he has rushed 51 times for 151 yards and a single touchdown.

The 23-year-old running back has had a very up-and-down start to his NFL career, largely due to health. As a rookie in 2020, he topped 700 yards from scrimmage and three touchdowns. The RB tore his Achilles tendon prior to the 2021 season, though, and missed the majority of the year.

Akers managed to return for Week 18 and became an integral part of the Rams Super Bowl run. Over the course of their four playoff games, he rushed 67 times for 172 yards. He was the starting running back in the Super Bowl for LA.

With the diminished workload, Sean McVay confirmed they were trying to work with the RB to get him a fresh start on a new team. With that news, CBS Sports’ Cody Benjamin named the Minnesota Vikings among the favorites to trade for the Super Bowl champion.

Would the Vikings Actually Do This?

Before I lay out my argument, here’s what Benjamin reasons why the Vikings would be interested:

Dalvin Cook isn’t gonna be surrendering carries anytime soon, but he’s got an injury history, and backup Alexander Mattison will be a free agent after the year. The Vikings think of themselves as contenders, and Akers has internal connections: coach Kevin O’Connell was his offensive coordinator in 2020, and Minnesota OC Wes Phillips is also a former Rams assistant.

Obviously, the Minnesota Vikings aren’t in the market for a starting running back with Dalvin Cook in the lineup. That said, the key point here lies in the fact that Alexander Mattison is indeed a free agent following this season.

However, this doesn’t take into account that the Vikings already have two talented running backs waiting in the wings. Kene Nwangwu hasn’t gotten much run on the offense, but he has showed his explosive speed on the special teams. Additionally, rookie Ty Chandler went on IR with a hand injury, but he showed great talent during training camp and preseason.

This move simply seems unnecessary at this point in the season for the Vikings. There are other positions of need for this team, such as tight end, that should certainly be higher on the proverbial “To-Do List” for the Vikings at the trade deadline.